Proclus of Athens presents a combination of traditional late-antique beliefs with the Plotinian mysticism of reversion by ontological hierarchy. The starting point of his doctrine, faithful to the Delphic maxim of the pagan tradition and the Socratic principles, can be succinctly described as the knowledge of the self. He incorporates metaphysics and moral philosophy as the ontological foundation of moral action and resorts to them in the search for man’s lost unity with the divine.

Best known for his commentaries on Plato’s dialogues and other scholarly works such as the Platonic Theology, he was also an accomplished poet in his own right. As a convinced pagan in a Christian setting, he wrote hymns to the Greek deities in which he exemplified his theory on superior poetry and the function of allegorical language. In Proclus’ system, art and poetry at their best offer pathways from the sensible to the intelligible world. As illustrated in David Hernández de la Fuente’s chapter ‘Neoplatonism and Poetics in Ancient Greek and Byzantine Literature’ (FoI, 53-92), it is difficult to overstate the importance of Proclus for any attempt to identify the significance of Neoplatonism in poetry.

The hymns of Proclus, such as the Hymn to the Muses reproduced below, contain many expressions of both the religious tradition and the Chaldean Oracles on which he had composed an extensive commentary (Marinus, Vita Procli, 26). According to the Byzantine Psellus (Scripta Minora 1.241.25) Proclus, ‘fell in love with the poems in hexameters that his admirers called in Greek logia, in which Julian set forth the Chaldean doctrines.’

Most remarkable about Proclus is his dual status as a philosopher and poet with respect to the pagan tradition of hymns. Not only did he compose hymnic poetry, he also championed its ritual use for the purpose of theurgy. The latter seeks to know the symbols of the intermediate gods as a means to know their will and, therefore, the future. For Proclus, the power of the theurgist fundamentally derives from his communication with the divine through prayer (In Remp. 1.86.13) and depends on his special virtue, his ascetic way of life, and his knowledge of philosophy. In Proclus, then, theurgical practices are combined with Neoplatonic mysticism and its search for identification with the divine and the ascent of the soul to the First Principle. 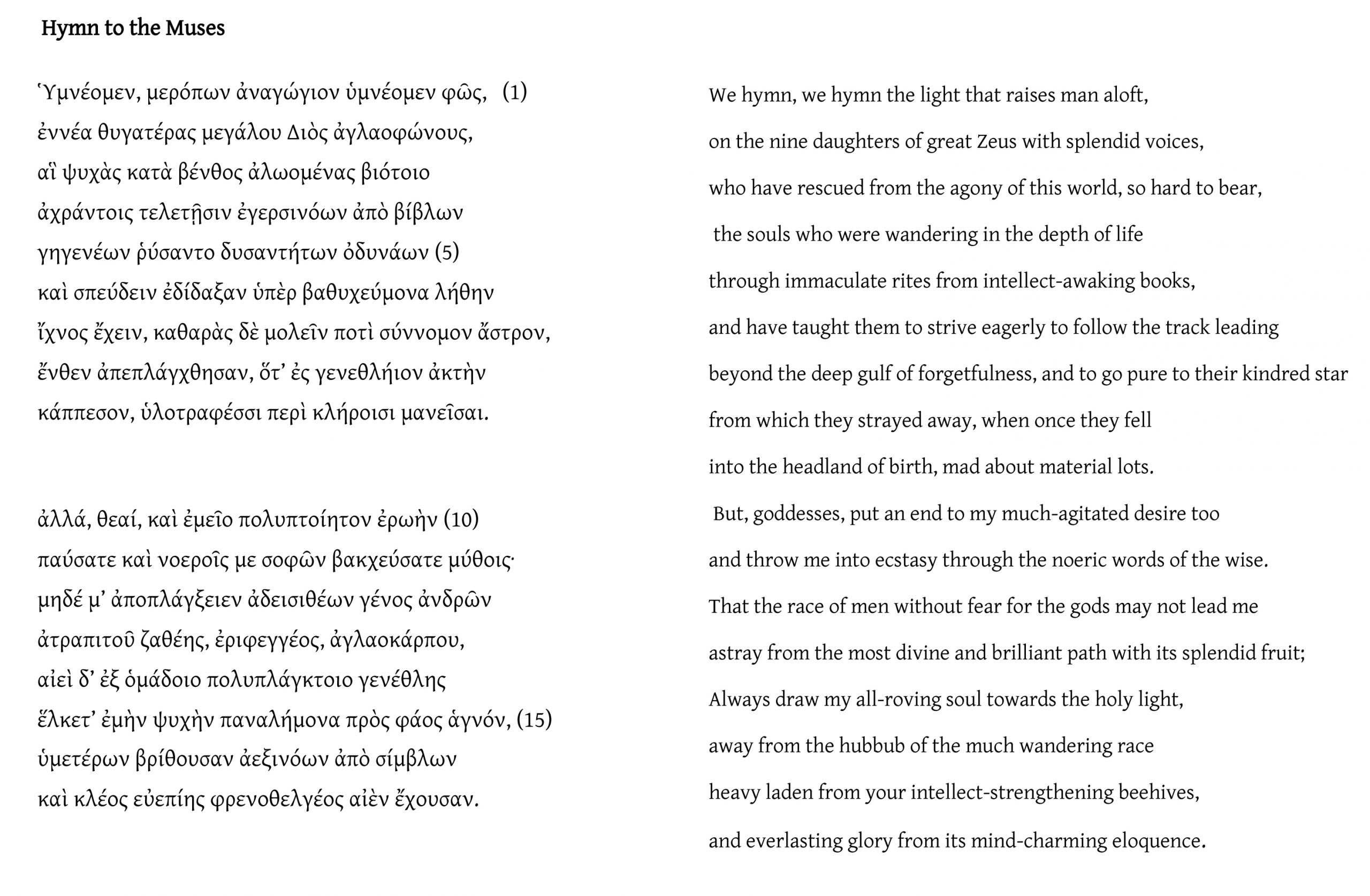