The philosopher and scholar Georgius Gemistus, who called himself Pletho in honor of Plato, was one of the great intellectuals of the late Byzantine period, in a turbulent time just before the fall of Constantinople to the Ottoman Turks. Hailing probably from Constantinople, he went on to teach philosophy at Mistra, which was the capital of the Latin Despotate of Morea, and later one of the most important centers of cultural life of the Palaiologian dynasty until the fall of the empire. At Mistra, he taught Basileios Bessarion, later a cardinal in Italy, as well as Scholarios, who would later become Patriarch of Constantinople and oppose his views (Siniossoglou 2011, 125-160, Hladký 2014). Pletho intervened in the philosophical debate with his work De Differentiis, a comparison between Platonic and Aristotelian theology in which he was a defender of Platonism, which would later be responded to by John Scholastic. Pletho was chosen to accompany Emperor John VIII Palaiologos to the crucial Council of Ferrara-Florence (1438), attended also by Bessarion and George of Trebizon, in order to advise him and help in debating the union of the Churches with Western theologians.

His most famous preserved work, which escaped a certain damnatio memoriae promoted against him for his possible neo-paganism, was his treatise On Laws, which contains a utopian constitution for a perfect state, in the Platonic tradition, including a religion based on ancient Hellenism and, in particular, on Plato’s Laws. His positive attitude towards Neoplatonism, especially towards Proclus’s doctrines, involves a reformulation of important elements of the latter’s metaphysics and led him to compose hymns on the stela of Proclus to honour the old gods within the framework of the utopian state he had devised. Two examples are cited below, as discussed in David Hernández de la Fuente’s chapter ‘Neoplatonism and Poetics in Ancient Greek and Byzantine Literature’ (FoI, 84-5). We also include ‘Prayer to the One God’, a poetic prayer for daily use probably belonging to Plethon’s first years of teaching at Mystras, which shows his theistic, eclectic and Neoplatonic – and, hence, not strictly Christian – views on divinity.

Pletho’s stay in Italy left a deep mark on Italian Humanism and helped to bring a about the Platonic revival in Renaissance Italy and beyond. His teachings influenced Marsilio Ficino and inspired Cosimo de Medici to establish the Accademia Platonica in Florence. In recognition of his eminent service to learning his remains were brought from Mistra to Rimini, where they were laid to rest in the Tempio Malatestiano. Cardinal Bessarion composed an epitaph in his honour which is reproduced below. 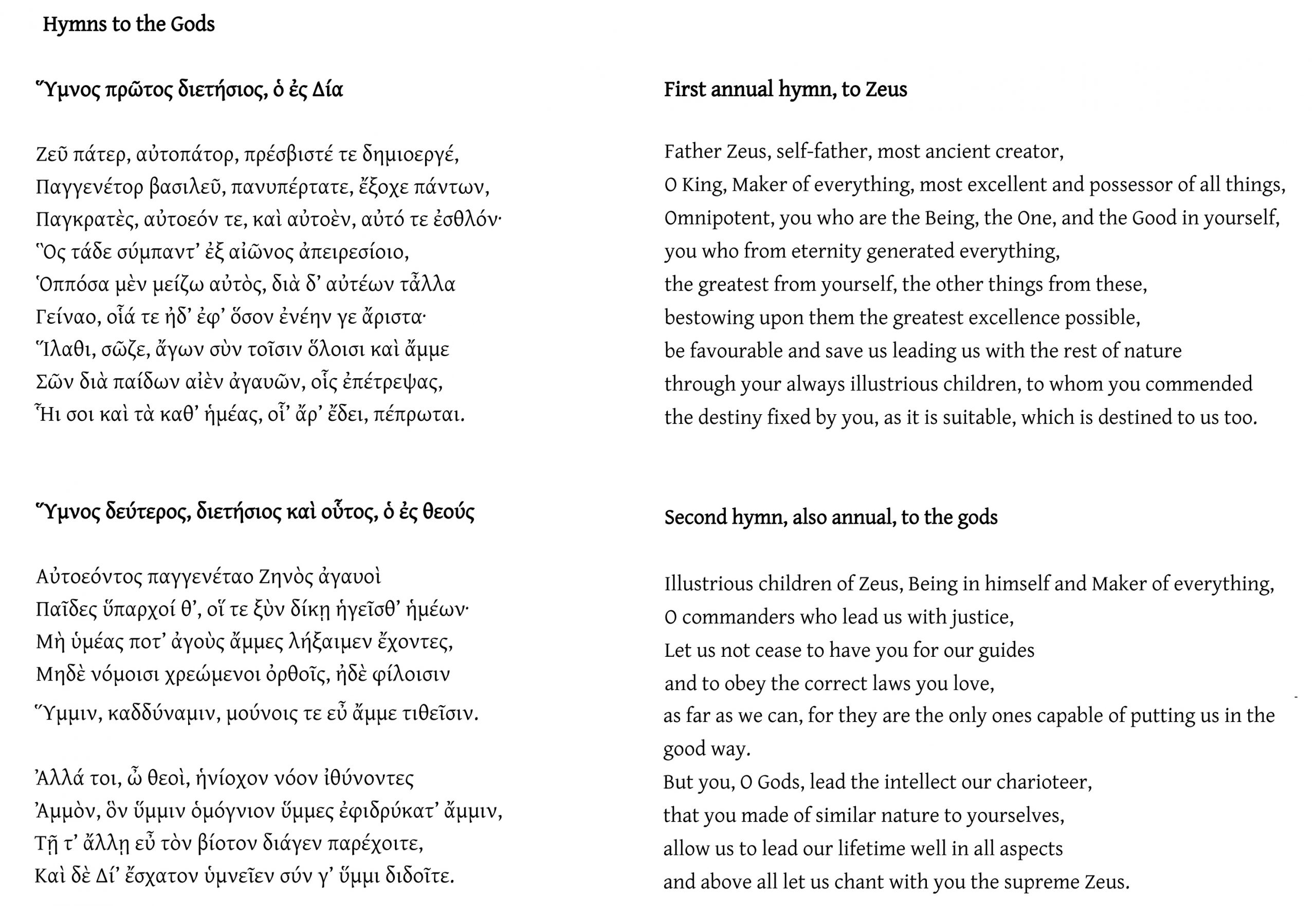 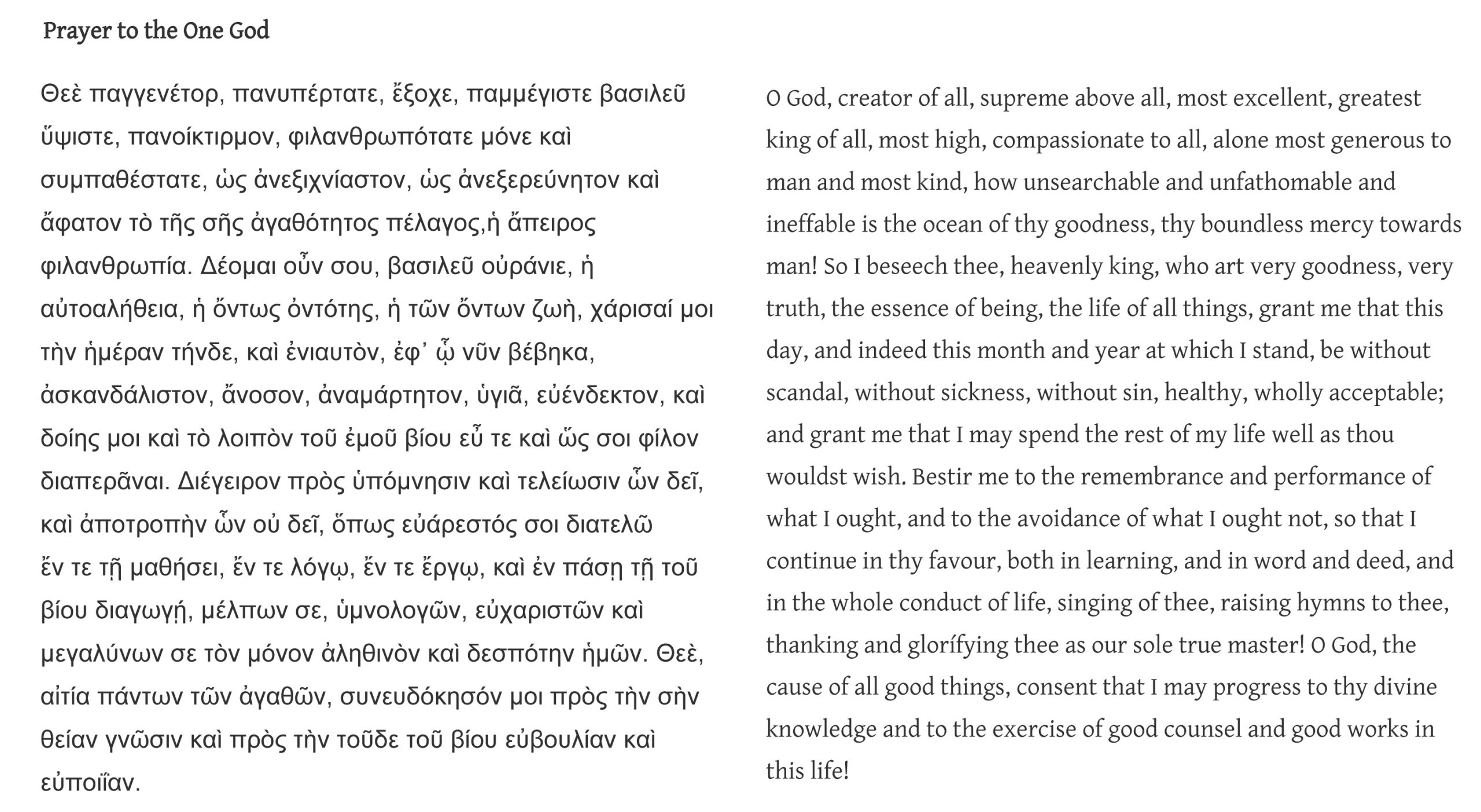