C.P. Cavafy is the most celebrated and widely read of all Greek poets who post-date the period of classical antiquity. The best introduction to Cavafy’s poetry is The Collected Poems (Oxford: World’s Classics 2007), with Greek text by Anthony Hirst, translations by Evangelos Sachperoglou, and introduction by Peter Mackridge. The notes to the translation by Daniel Mendelsohn, C.P. Cavafy, Collected Poems (New York: Knopf 2009) are very useful to the English reader.

Though Cavafy had a strong interest in Plato (well discussed in a study in Greek by Rena Zamarou), it is characteristically oblique of him to turn rather to the enduring Platonic inheritance than to Plato’s own milieu in classical Athens. The two poems included here represent different variations on the theme. In the first, published in 1917, the spirit of Plato is seen to live on in a place (probably Edessa) at once remote from classical Greece and seen as heir to it. In the second, published in 1922, the Neoplatonist teacher Ammonius Saccas has only a bit-part in the life of a beautiful but most unphilosophical youth. The poems are discussed in David Ricks’s chapter ‘Neoplatonists in modern Greek poetry’ (see FoI, 460-464). 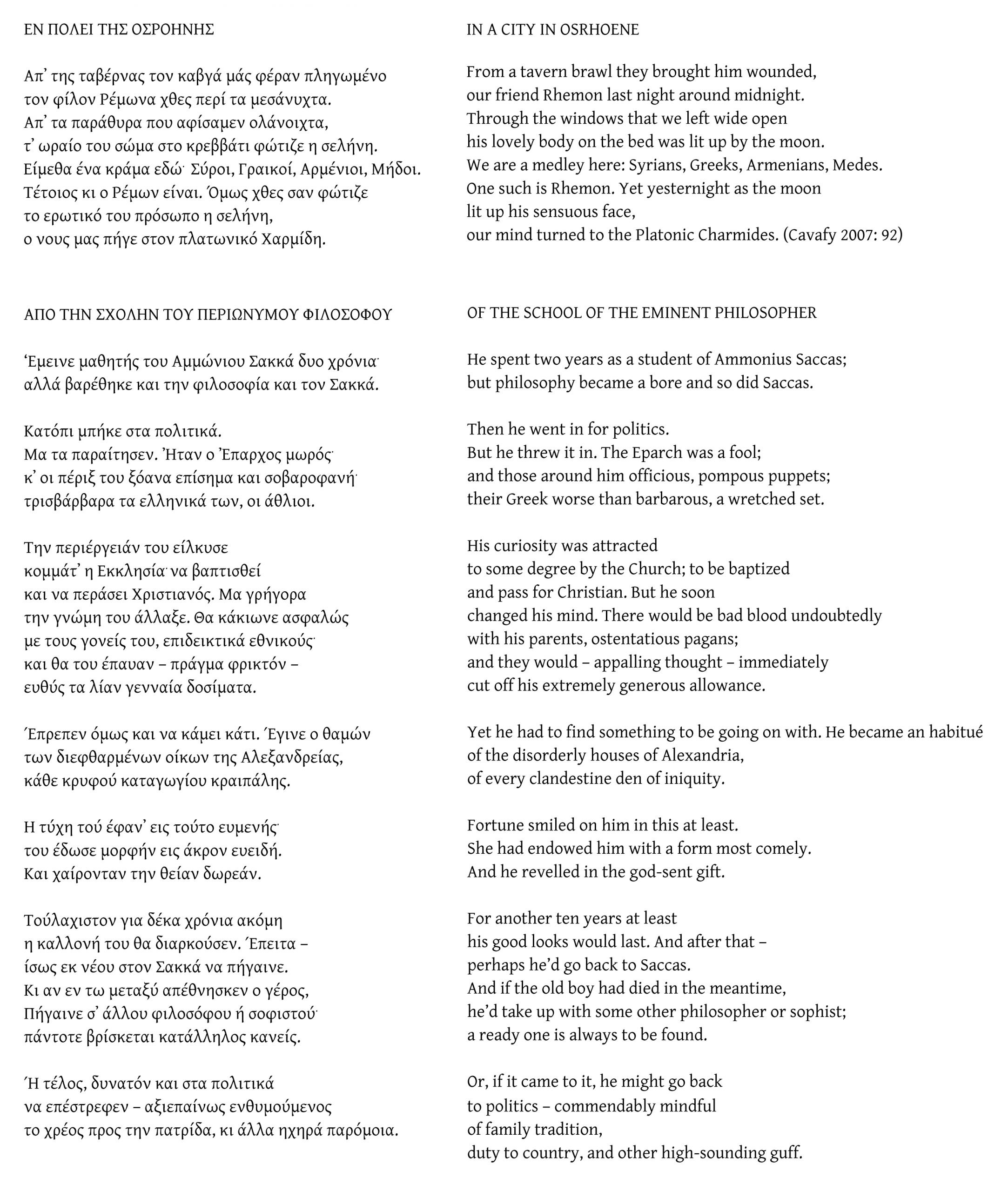