It is said that the Iranian poet Yadollah Royaī described Bijan Elāhī’s poetry as ‘the tomorrow of our poetry today; a tomorrow coming from distant pasts’. Among those pasts is the heritage of medieval Sufism as manifest in the works of al-Ḥallaj to whom Elāhī was passionately devoted.

The three short ‘Death Announcements’ cited here were published in a volume whose title Ḥallāj al-Asrār (‘The Carder of Secrets’) clearly evokes the memory that great Sufi visionary. As noted by Ahmad Karimi-Hakkak in his chapter ‘Shards of Infinitude: Neoplatonist Relics in Modern Persian Poetry’ (FoI, 419-32), Elāhī’s sombre Announcements ‘leave little space or hope for renewal of the kind that is amply articulated in the gnostic discourses of early Persian mystic visions’ (FoI, 425). An irretrievable loss is mourned instead. 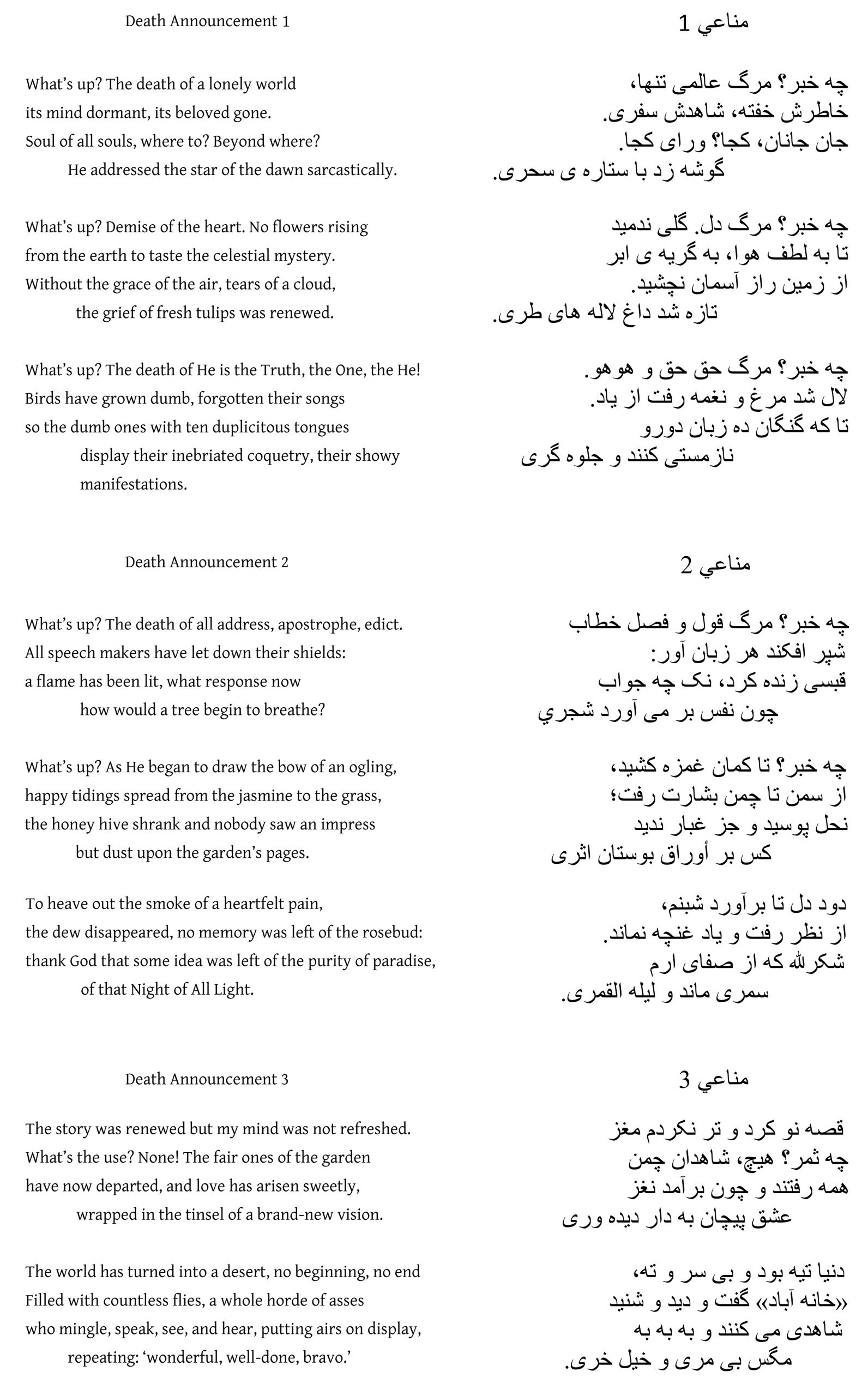