Little is known about Catalina’s life.  She was descended from a prominent noble family in the provincial Extremaduran town of Llerena, which, though isolated, was a lively cultural centre. She was active in the literary gatherings fashionable at the time and displayed her poetic talents in a wide variety of forms.  Her novel El extremeño has not survived. Her extant verse amounts to about 120 poems, preserved in only two manuscripts. Recent feminist scholarship has recovered and reevaluated her work, revealing her ready wit and her skillful command of contemporary conceptista verse, in which she grafts the influence of Quevedo onto inherited Petrarchan conventions.

Doña Catalina composed a fascinating clutch of poems dedicated to portraits. Their Neoplatonic foundations are mediated by Petrarchan models. Sonnet LXX illustrates Catalina’s familiarity with the dominant conventions of masculine lyric.  As she deflects the male gaze, she challenges the way in which lyric discourse traps women within the snares of an impossible ideal.  Its social power derives from the poet’s ability to use her verse to engage with the literary world at large, with an ear finely tuned to her local and personal circumstances. The poems are discussed in Julian Weiss’s chapter ‘A Poetics of Difference: Neoplatonism and the Discourse of Desire in the Early Modern Spanish Love Lyric’ (see FoI, 343-345). 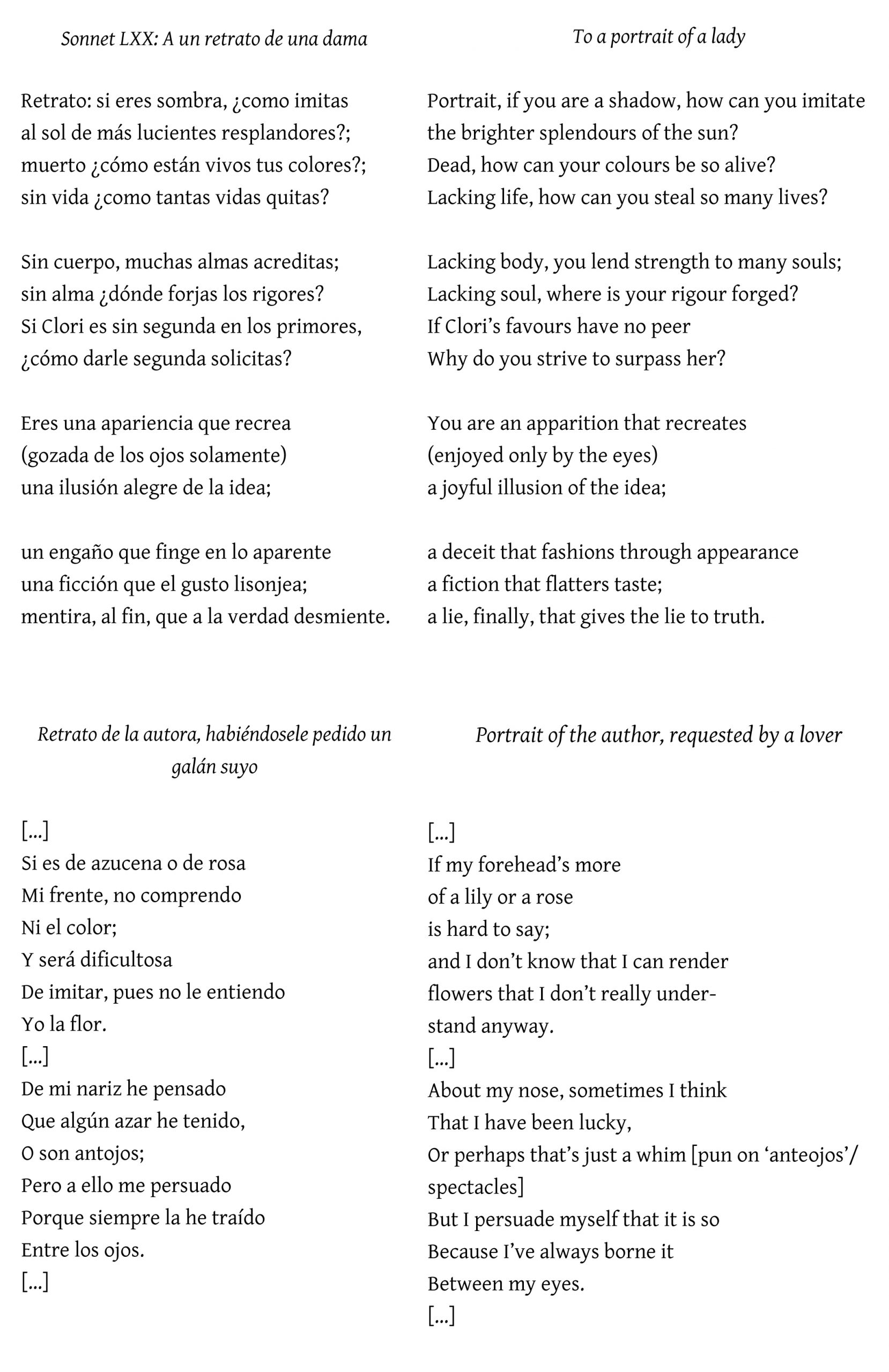