Abbas Kiarostami is best known as a great Iranian film director, but he also excelled as a photographer, painter, screenwriter and poet. His first poetry collection ‘Walking with the Wind’ (Hamrāh bā Bād) published late in life is a collection of contemplative miniatures. Among them are the two poems cited here and discussed in Ahmad Karimi-Hakkak’s chapter ‘Shards of Infinitude: Neoplatonist Relics in Modern Persian Poetry’ (FoI, 429-32).

In Kiarostami’s poems sundry objects, delicately sketched out in the fewest of words, become suggestive of a larger, unseen whole to which they mysteriously belong. For Karimi-Hakkak, entities such as the turtle and the sycamore leaf in the poems below appear like ‘phenomenologically direct manifestations at once of specific states of being and of the chain that connects them all in an infinite continuum ranging from the lowly and the mundane to the invisible and incomprehensible’ (FoI, 430). The Neoplatonic ‘chain of being’ is thereby seemingly evoked in these poems which can justly be called ‘shards of infinitude’. 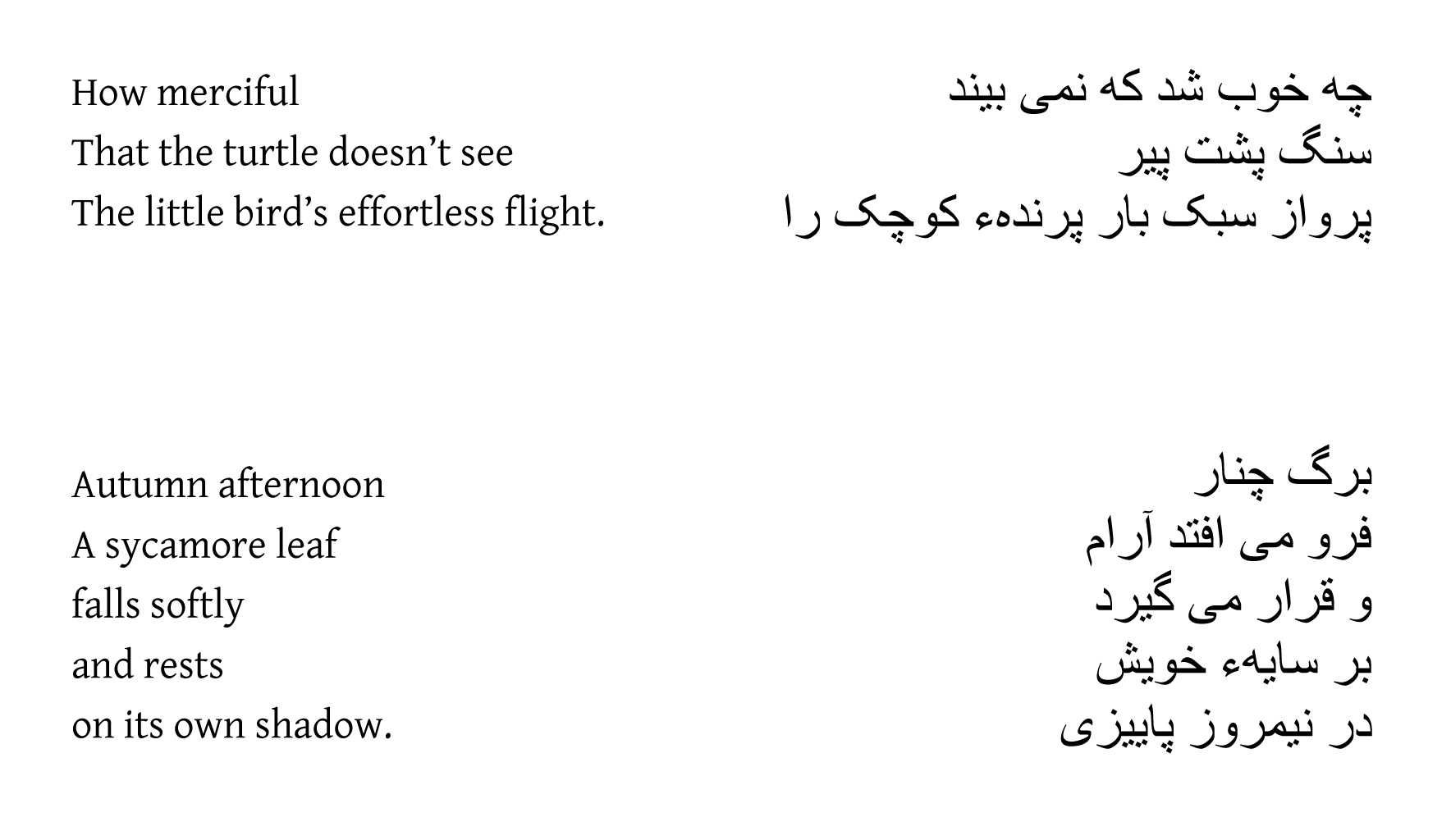