Zissimos Lorenzatos was one of the most erudite and wide-ranging men of letters of twentieth-century Greece, though his relatively few poems are less known than they should be. He spent a long life promoting a vision of Greek intellectual and spiritual life which was open to other influences, from East and West, from the remote past and from the contemporary. This vision – often Platonic in its roots – is articulated in two volumes of essays in English translation: The Lost Center, tr. Kay Cicellis (Princeton 1980) and The Drama of Quality, tr. Liadain Sherrard (Limni, Evia 2000).

Lorenzatos’s spiritual preoccupations are brought together in this vivid late poem (first published in 1991) in which he versifies a tale he had come across in a study by Henri Corbin: L’ imagination créatrice dans le soufisme d’ Ibn ʿArabî (Paris 1958). For a discussion of the poem, see David Ricks’s chapter ‘Neoplatonists in modern Greek poetry’ (FoI, 464–467). 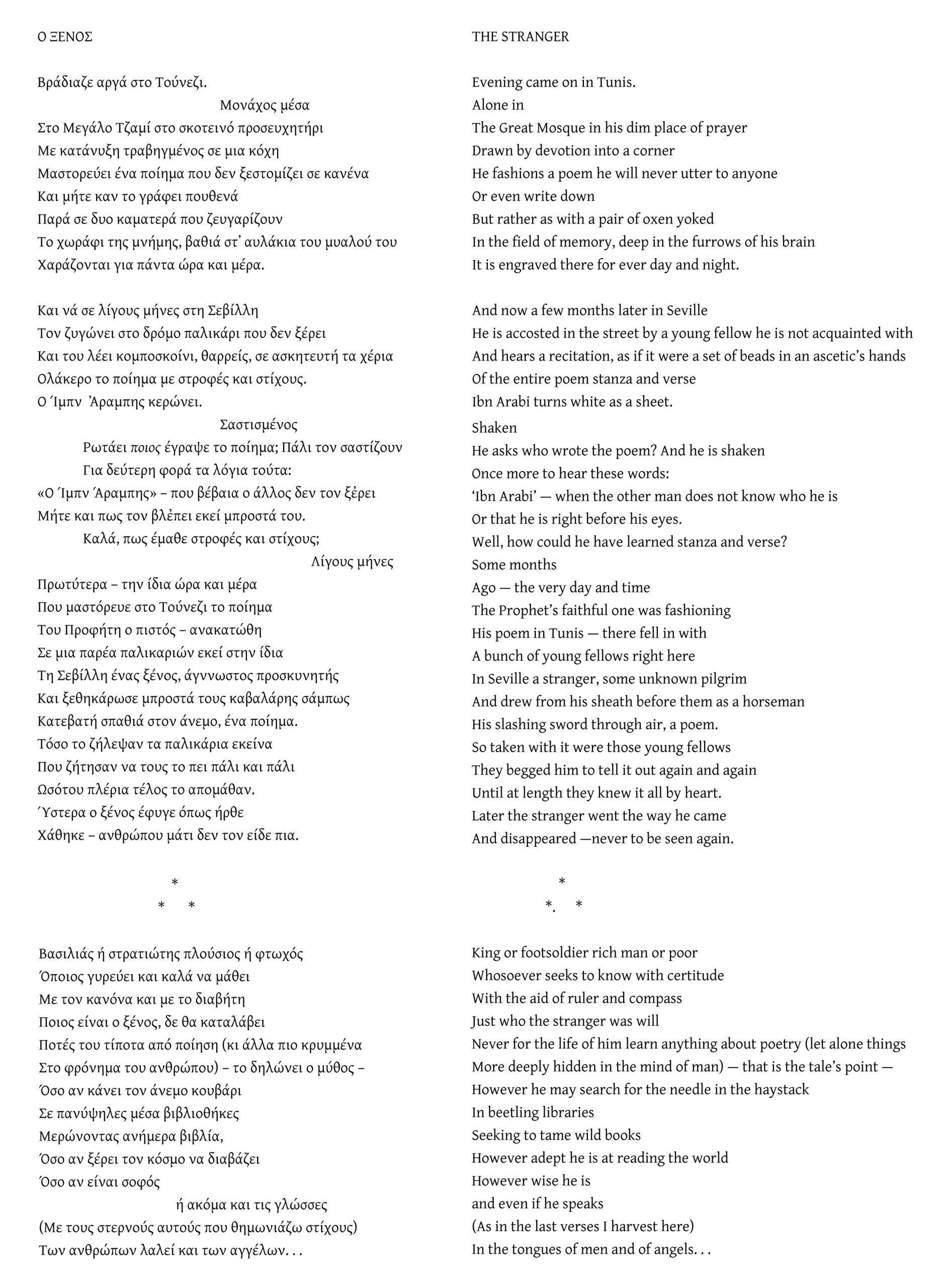