India has for centuries been the home of the Ṭayyibī Bohra community which adheres to the Fatimid-IsmaꜤīlī branch of ShīꜤī Islam. Among their most outstanding representatives in modern times is Sayyidna Taher Saifuddin, for over 50 years the spiritual leader, termed DāꜤī, of the Dāʾūdī Bohra. A prolific author and poet, he became a widely respected figure in Indian public life and inter alia served for many years as Chancellor of Aligarh Muslim University. Most of Saifuddin’s writings were composed in Arabic, the language of scholarship among the Bohras, and draw upon time-honoured Arabic literary forms. A number of tenets Saifuddin expounds therein bear witness to the parallels between IsmāꜤīlī theology and Neoplatonism which modern scholarship has often observed. A major example is the concept of the Primordial Intellect, which both systems have in common. Beginning with this frame, the poem cited here goes on to urge humans to attain Sound Intellect by following the guidance of the Divine Guide and walking the path of the Pure Life, manifest in true belief, right approach, virtuous character, and good action, in order to return to the realm of pure intellect. 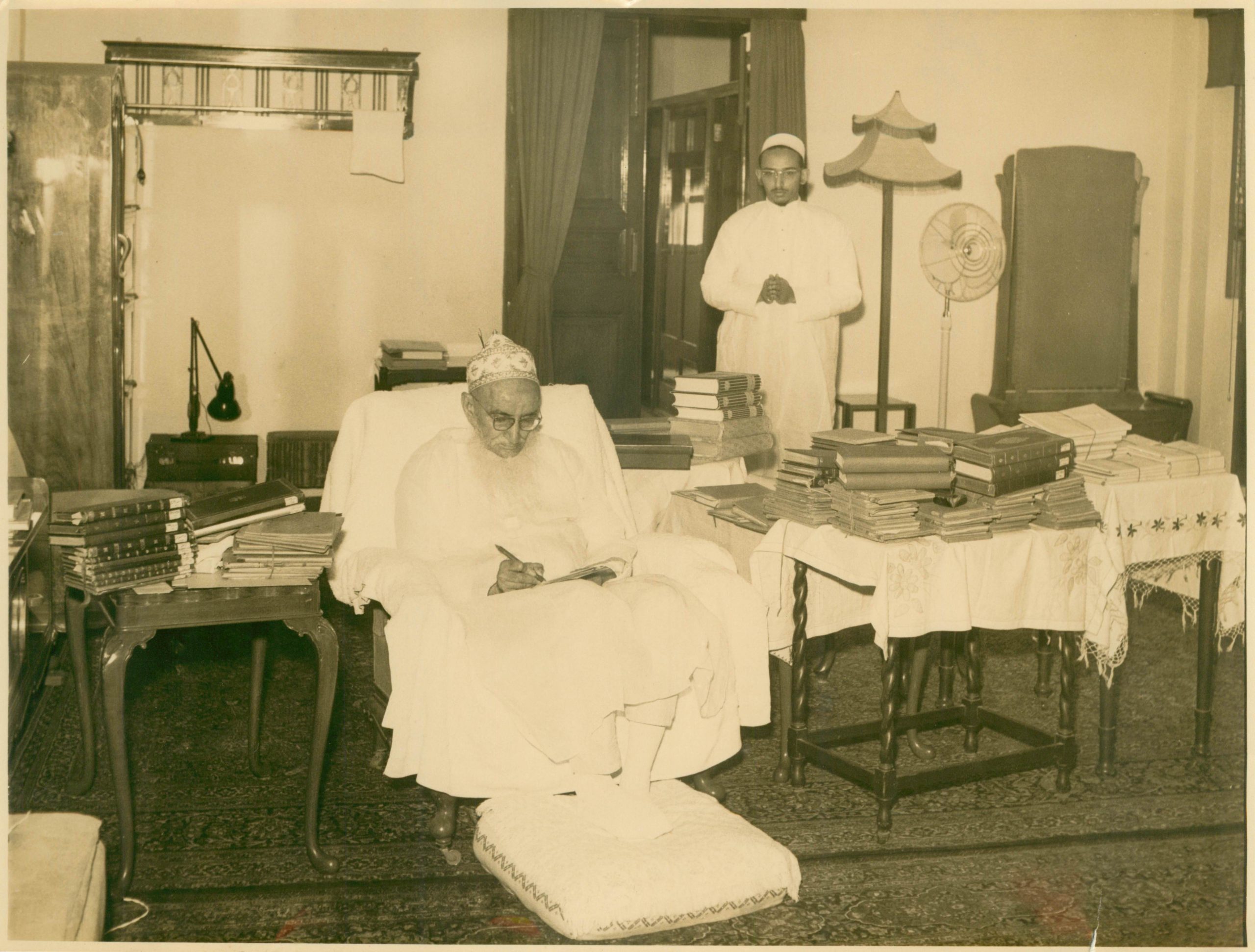 Sayyidna Taher Saifuddin composing one of his epistles on the occasion of Ramadan in the 1960s at his Mumbai residence, Saifee Mahal. In attendance is his son Sayyidna Khuzaima Qutbuddin.

Saifuddin composed the poem as part of the celebrations held to commemorate the fiftieth year of his tenure as DāꜤī of the Dāʾūdī Bohra. It integrates the legacy of a lifetime of service into a comprehensive tapestry which encompasses all facets of the tradition Saifuddin was called upon to represent: cosmology, theology, principles of leadership and personal ethics. The poem  has become part of a living tradition and is habitually recited and discussed during religious gatherings. The first fifty lines  are reproduced below, with a chanted recitation available from The Intellect Poem (soundcloud.com]. A detailed discussion of the poem and its author is provided in the forthcoming article ‘The intellect is the essence of the human’ by Tahera Qutbuddin and Aziz Qutbuddin which will be uploaded to this website. The annotations provided by the authors reveal the many allusions to the Qur’an which are indispensable for a deeper understanding of the work. 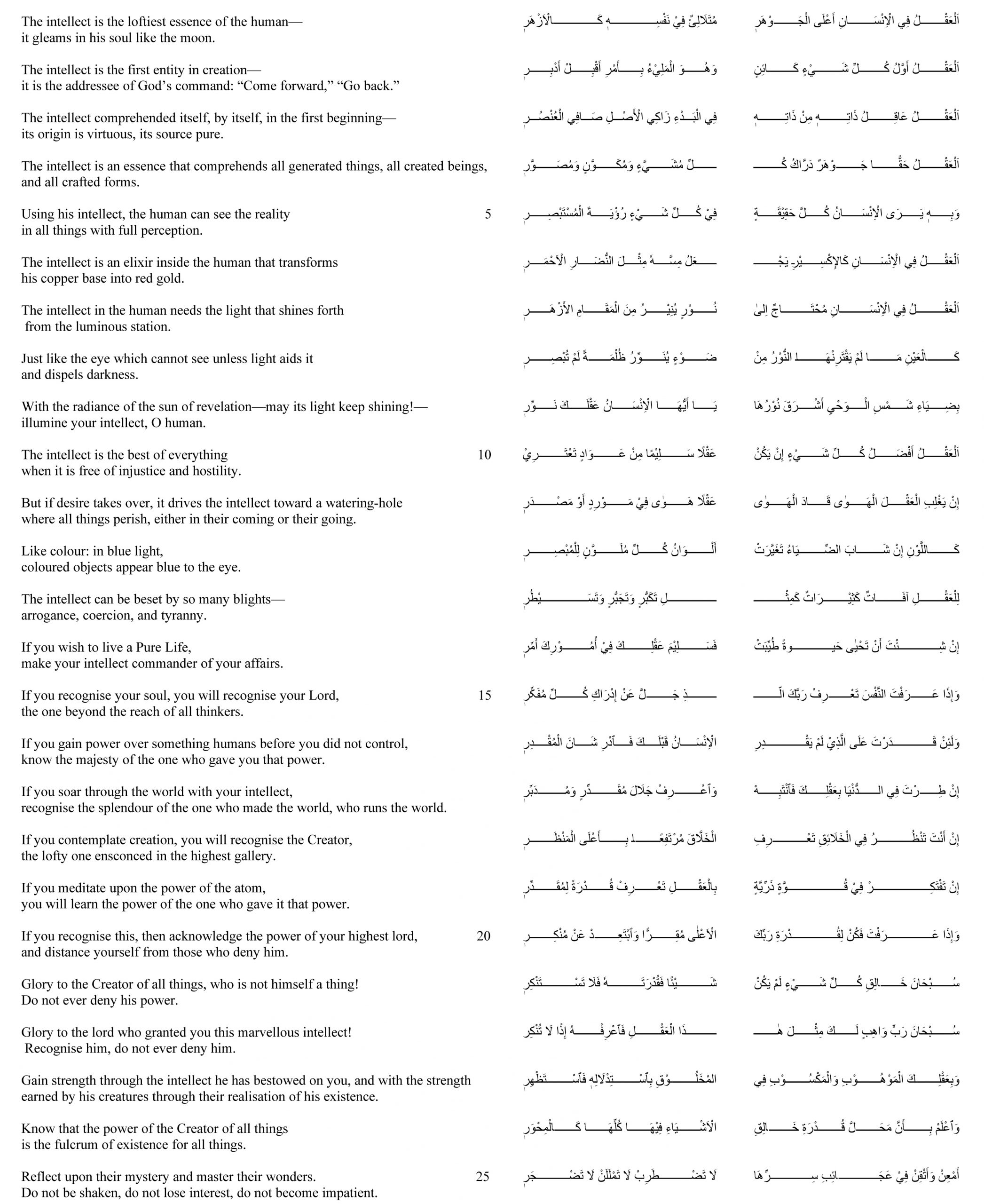 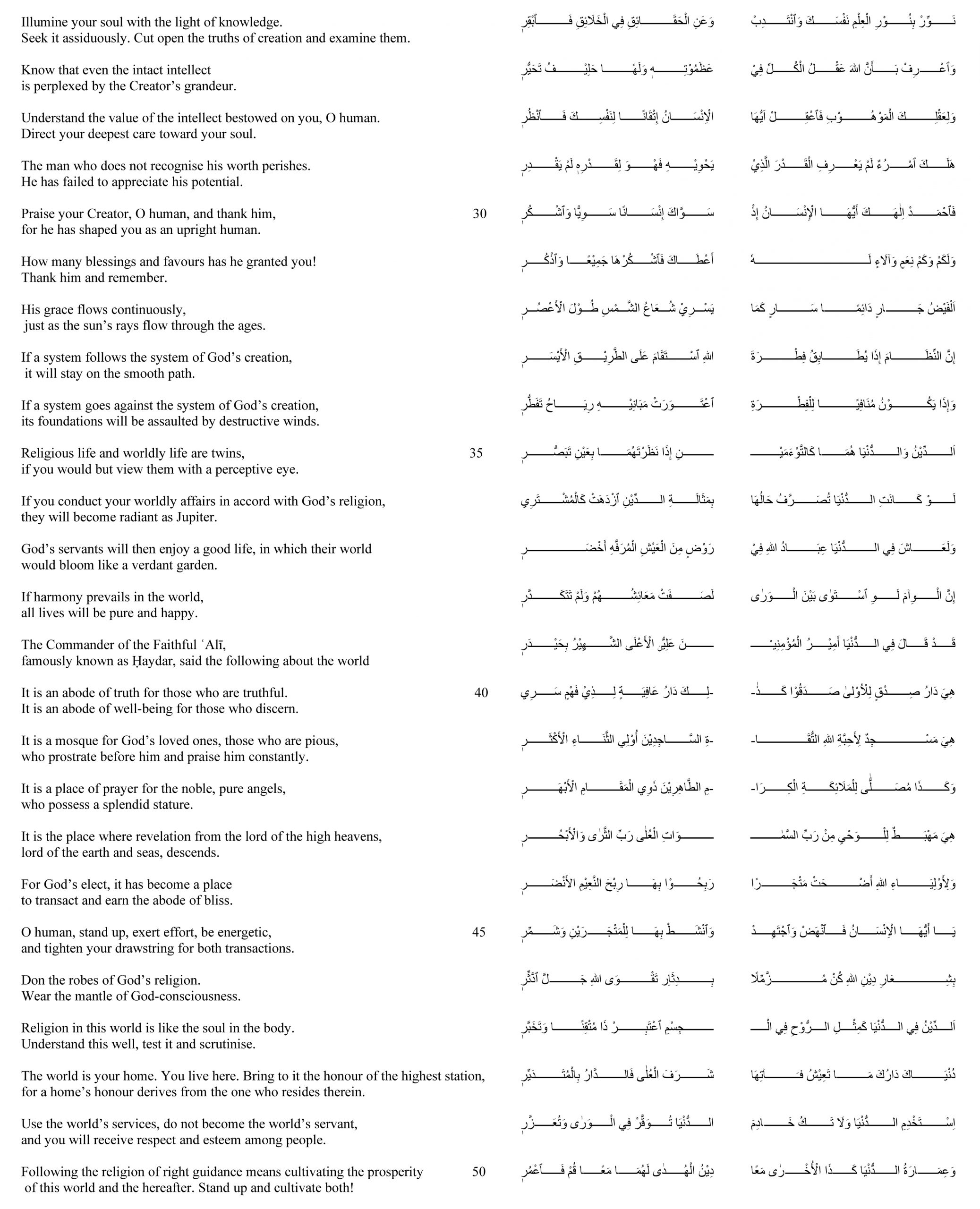