Michelangelo Buonarroti, born in Florence, was a sculptor, painter, architect and poet who achieved great fame in his lifetime. While his artworks are renowned, his activities as a poet have attracted less widespread attention outside specialist circles. Notably, Michelangelo’s poetic voice differs markedly from the tone of his work in painting and sculpture. While the latter are defined by a supreme artistic confidence, what has been termed his ‘terribiltà’ or awe-inspiring quality, his poetic voice is often marked by doubt and self-loathing. Despite this he was very productive, leaving over 300 poetic works both complete and incomplete at his death, most unpublished.

Two Madrigals for Victoria Colonna (composed between 1538 and 1546)

Michelangelo first met Vittoria Colonna in Rome some time in the mid-1530s, and the pair developed a close friendship that was famous in their own lifetimes. They shared a deep interest in questions of religion, and the relation of their artistic production to their spiritual lives. Michelangelo turned to Colonna for guidance in poetic and spiritual matters, considering that she possessed the superior vision and skill and transforming her in his poetry addressed to her into a man, a god and a sculptor. Just as he was a master of the sculptural artform, able to perceive the finished figure that lies concealed within the block of marble, so Colonna would look beyond the ‘coarse husk’ that concealed his own inner being and help him to discover his soul trembling within. The poems are discussed in Abigail Brundin’s chapter ‘”A Man within a Woman, or even a God”: Vittoria Colonna and Sixteenth-Century Italian Poetic Culture’ (see FoI, 294-97). 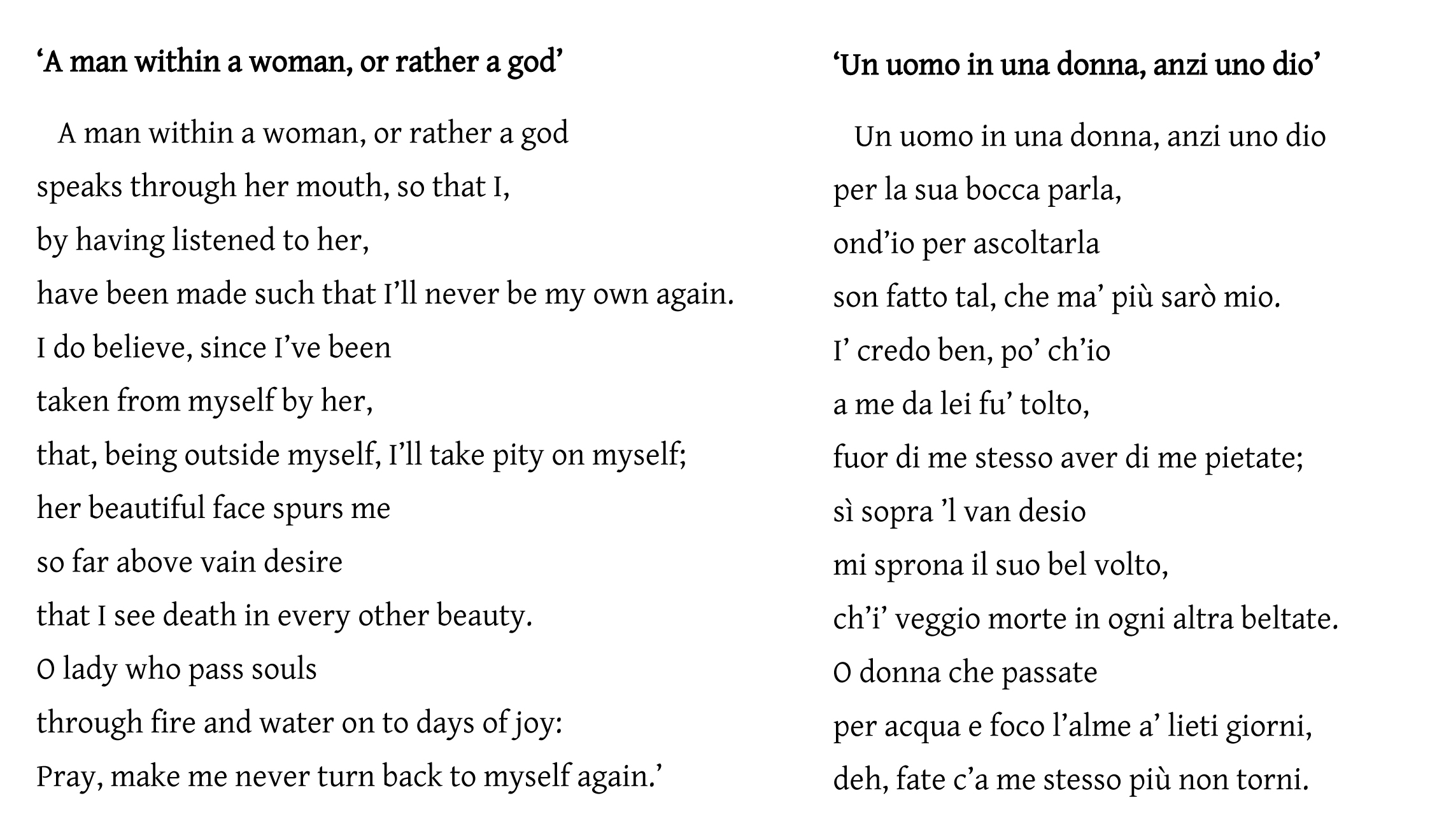 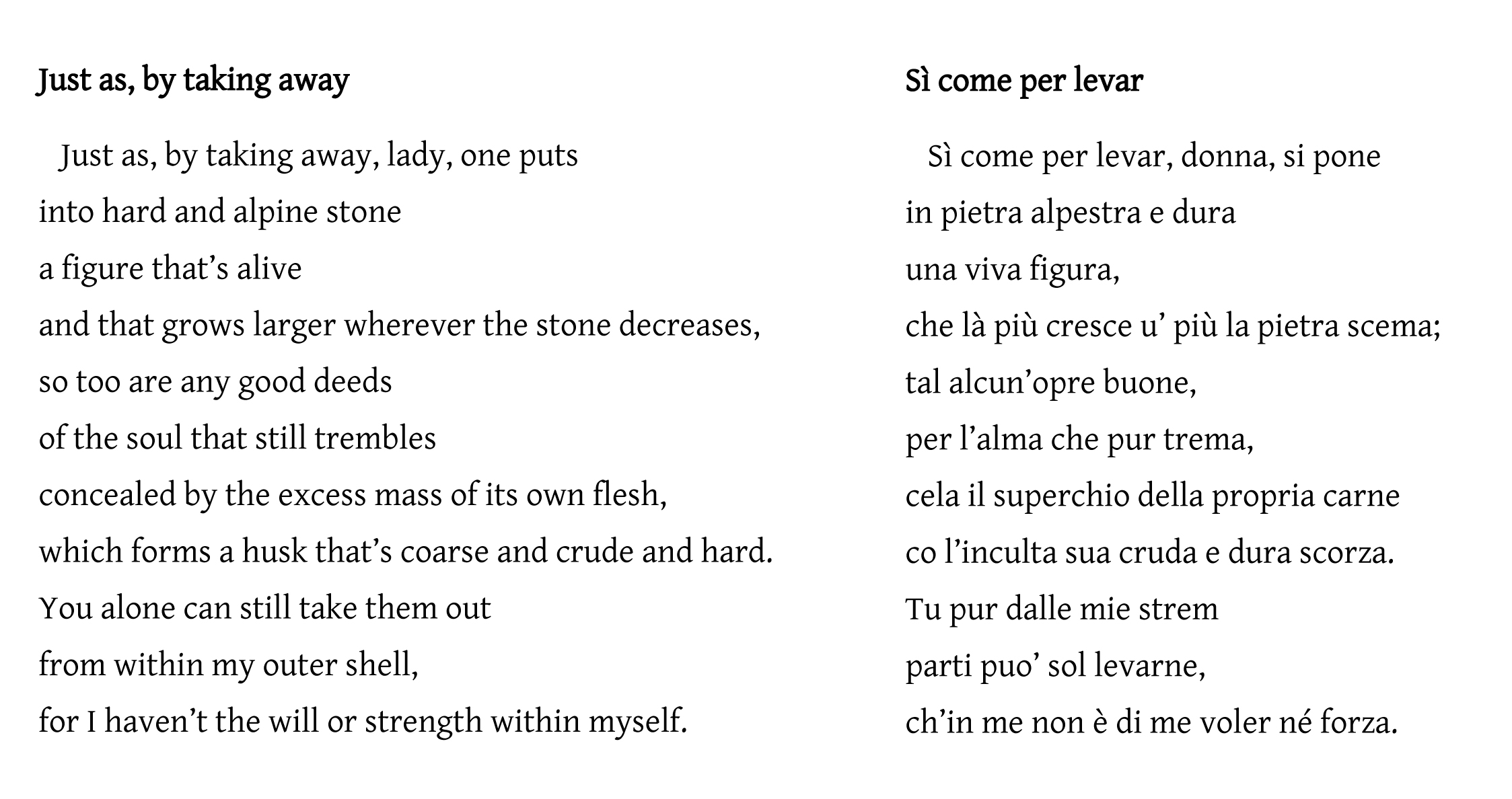