Michael Psellos, called the ‘consul of the philosophers’, was an important Byzantine scholar. Under Emperor Constantine IX he acquired great influence in the state and became professor of philosophy at the new Academy of Constantinople. Though writing  commentaries on Aristotelian treatises, Psellos was a devotee of the Platonic and Neoplatonic traditions (Jenkins 2017), which earned him the opposition of an important part of the clergy. He was immersed in religious politics, as evidenced by his edict against the patriarch Michael I Cerularius in 1059,  and continued to occupy a position of influence under Emperors Constantine X and Michael VII.

Famous for his oratory as well as for his eclectic philosophy and his role in the copying of philosophical manuscripts, his written work is enormous and unclassifiable. Apart from his commentaries on Aristotle and Plato, he has to his credit numerous speeches, medical treatises, encyclopedic and historical works, paraphrases of the Iliad, treatises on law, theology, or demonology etc., not to mention a rather striking, overbearing and naturally immodest personality (Papaioannou 2013).

Like Proclus whom he greatly admired, Psellos wrote a commentary of the Chaldean Oracles and composed an important collection of poems rich in Platonic and Neoplatonic associations (Westerink 1992). Thus one of his poems develops an allegory of the three parts of the soul in accordance with Plato’s Republic and the myth of the charioteer in Plato’s Phaedo. His long poem Hexaemeron displays, like his commentary on the Psalms, a rich interaction between Platonism and biblical poetry. Poem 13, cited below and discussed by David Hernández de la Fuente in his chapter ‘Neoplatonism and Poetics in Ancient Greek and Byzantine Literature’ (FoI, 82-83), compares the intellect and the soul with the ‘primordial movements of the heavens’, in the tradition of Plato’s Timaeus and the Republic, as well as Plotinus’s Enneads. 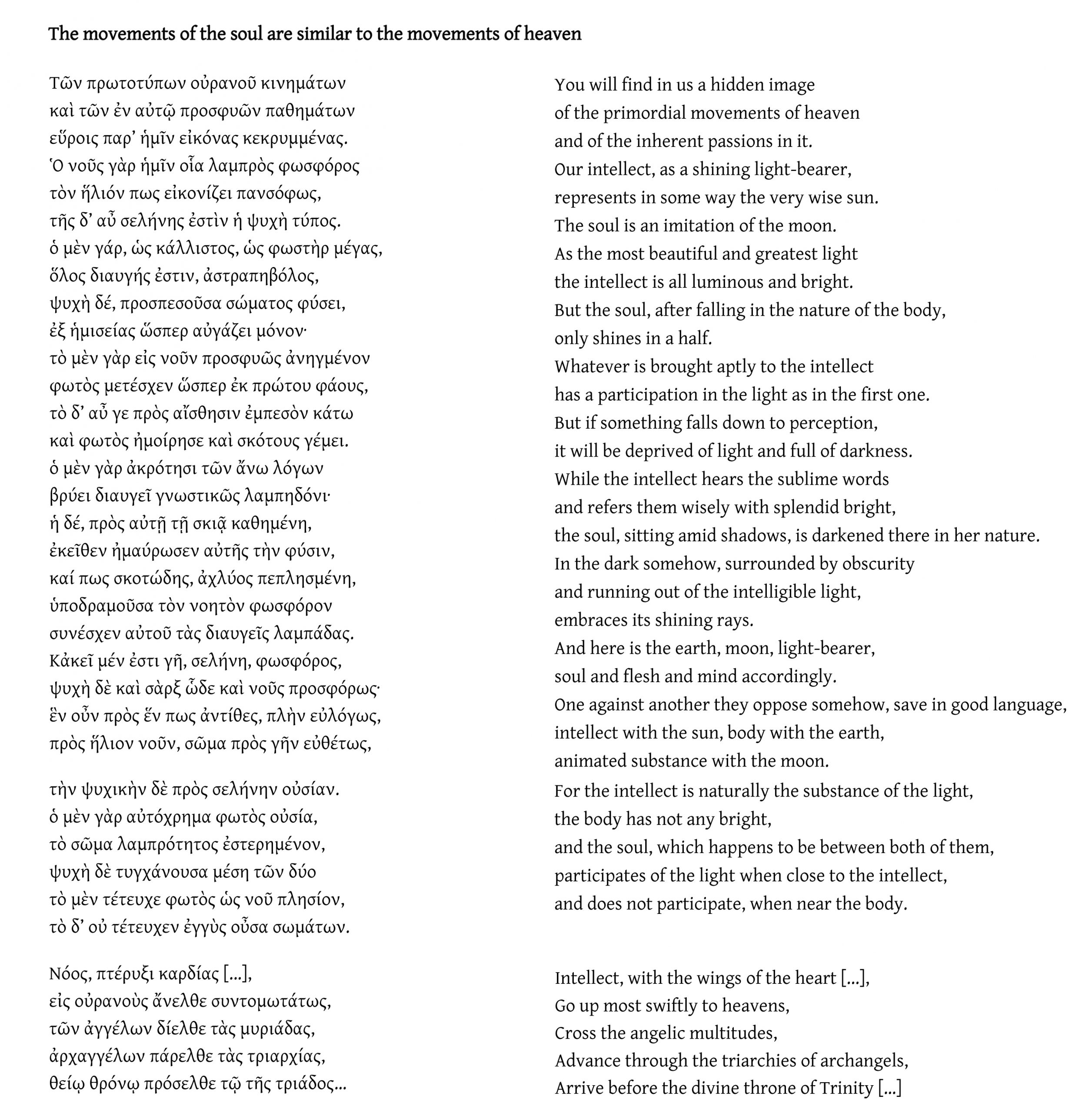