Valente tried to overcome hierarchies and the resulting scissions by way of an integral rather than dual mystical union, where the unification of opposites occurs on the spiritual level (human-divine), as well as on the material (body-soul) and sexual (feminine-masculine) levels, realised specifically through Eros.  It is about the lovers’ desire for fusion discussed by Plotinus and illustrated by Valente in his poems ‘Mandorla’ (mystical almond and vulva matrix) and ‘Graal’ (sacred chalice and unitive centre). So, it is the body that engenders the soul through desire, as can be seen in poems VII and XIII in the book ‘El Fulgor’ (The Radiance). For this reason, in the penultimate poem which starts ‘I drank from you, I drank, I sucked you’, the body continues to be the sacred enclosure in which absorption and suction reach ‘the border where waking trills its song’, that is to say, the limit where light becomes possible and the poetic word comes into being, as identified already with knowledge and life in  Neoplatonic harmony. At that point, all dichotomies dissolve in the unity and infinity of the universe, where the One is All and the Many are One.

The poems are presented here in the sequence in which they are cited and discussed in Claudio Rodríguez Fer’s chapter ‘Eroticism of the Infinite: Neoplatonism, Kabbalism, and Sufism in the work of José Ángel Valente’ (see FoI, 373-91). 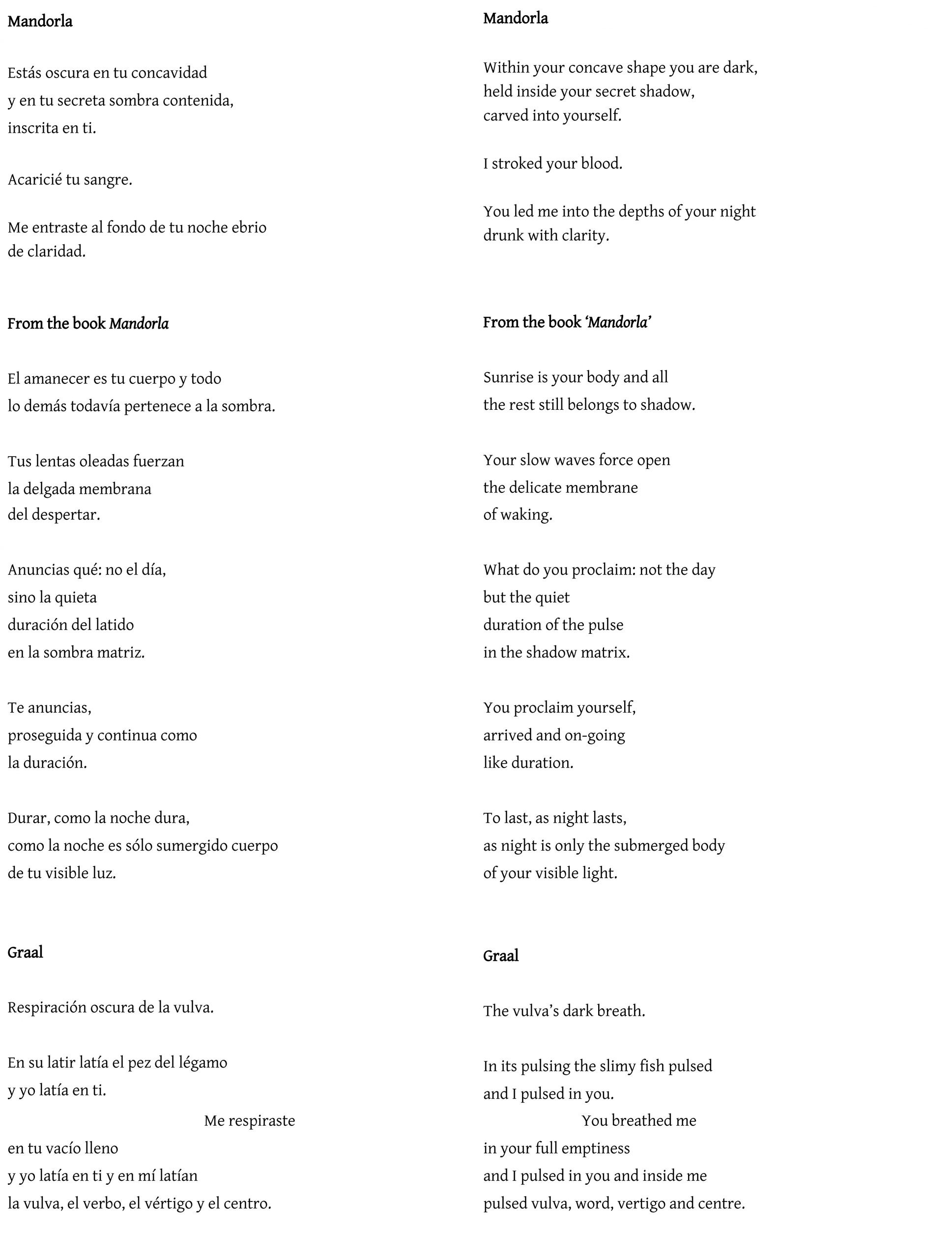 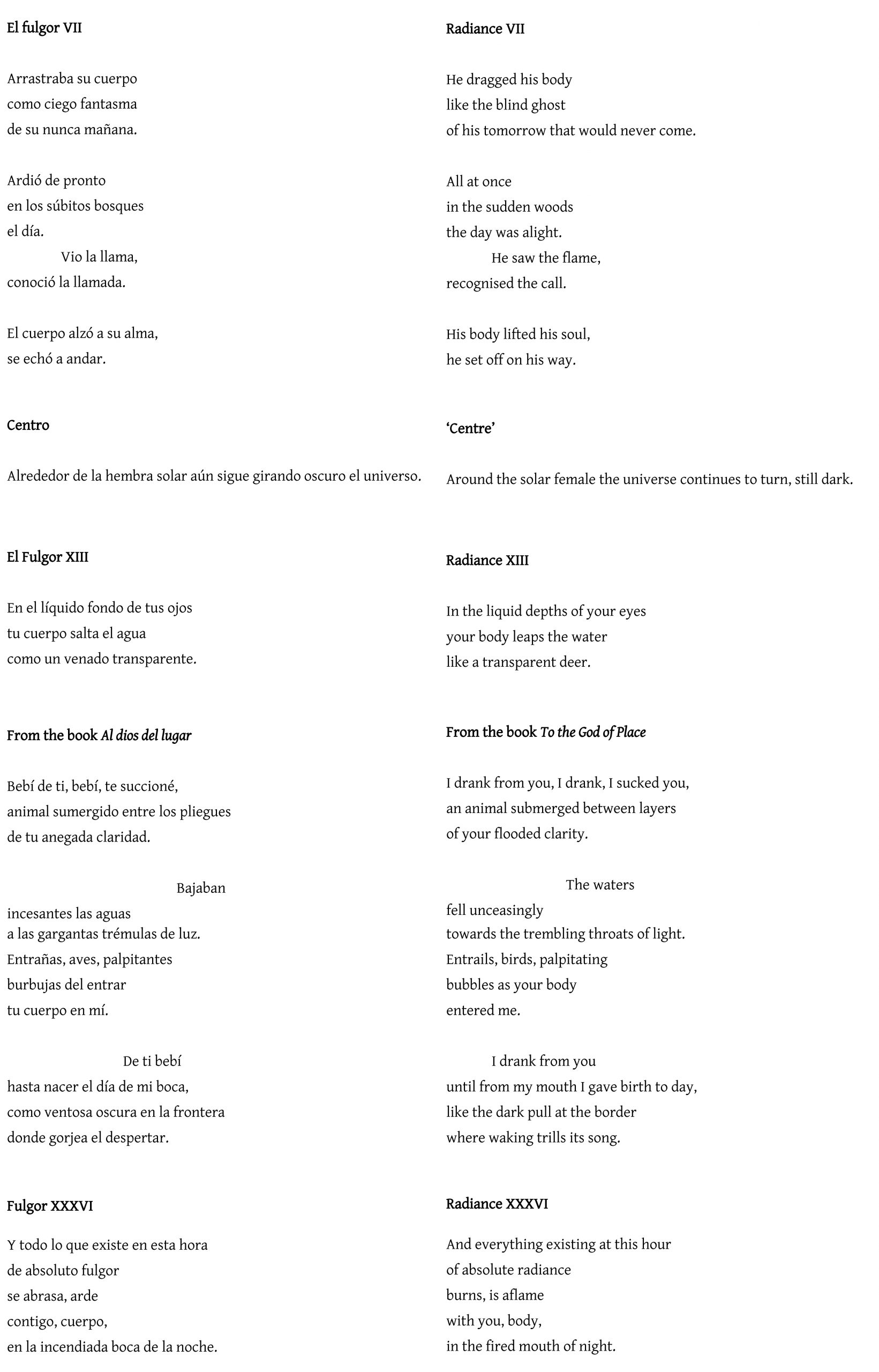