George of Pisidia lived at a time of abrupt change in Byzantine literature, after a remarkable poetic flourishing in the age of Justinian and Justin II, amid a predominance of sacred themes and a decline in secular poetry. The schools of rhetoric and philosophy of the East, traditional sees of Hellenic higher education, were affected by the fall of the cultured regions of Syria, Palestine, and Egypt into the hands of the Persians, first, and of the Arabs, later. Gaza and Alexandria were lost forever for the Byzantines, and the cultural world of the Greek language suffered from this turbulent moment. A dramatic caesura in the literary tradition of Late Antiquity ensued, leading among other things to the decline of the poetic school which followed Nonnian style hexameter and the rise of Byzantine iambic poetry (De Stefani 2014).

George of Pisidia, the chartophylax of Hagia Sophia and official poet of Heraclius’ exploits, can be considered an epigone of Late Antique Neoplatonic allegory. Although most of his surviving poems are panegyrics in iambic trimeters of the emperor and his campaigns against the Persians and the Avars, he also wrote theological poems such as the Hexaemeron, an account of the creation of the universe. As illustrated in the excerpt cited below and noted by David Hernández de la Fuente in his chapter ‘Neoplatonism and Poetics in Ancient Greek and Byzantine Literature’ (FoI, 78-9), the Hexaemeron clearly bears the mark of the Neoplatonic tradition. Despite the author’s inveighing against Proclus, who is portrayed as a symbol of traditional paganism (60-5, 77-8), in opposition to the Christian idea of the divine creation of the world, this Pisidian poem is greatly indebted to the apophatic theology of Proclian Neoplatonism and deeply marked by its ontological hierarchy which leads from the ‘heaven’ of the intelligible realm down to the material world. The references it makes to ‘noetic’ vocabulary, to circularity and to the light of knowledge also appear to contain allusions to philosophy, which deserve to be studied in greater detail.

In addition, there are hexametric verses by George of Pisidia that deal with the futility of human existence in philosophical terms. They were edited for the first time and discussed as an imitation of Nonnus by Leo Sternbach in 1893. In 1998 Fabricio Gonnelli published a new edition of this work with an Italian translation and commentary. There is also a recent English translation of the hexameters by Mary Whitby in 2014, who noted the allegorical style and deep spirituality of this short poem, which was supposed to have been written after Heraclius’ defeat by the Arabs. With George of Pisidia, many scholars deem the so-called School of Nonnus to have come to an end, but the study of Neoplatonic aesthetics and poetics in the Greek poetry of Byzantium after the seventh century certainly deserved to be pursued further. 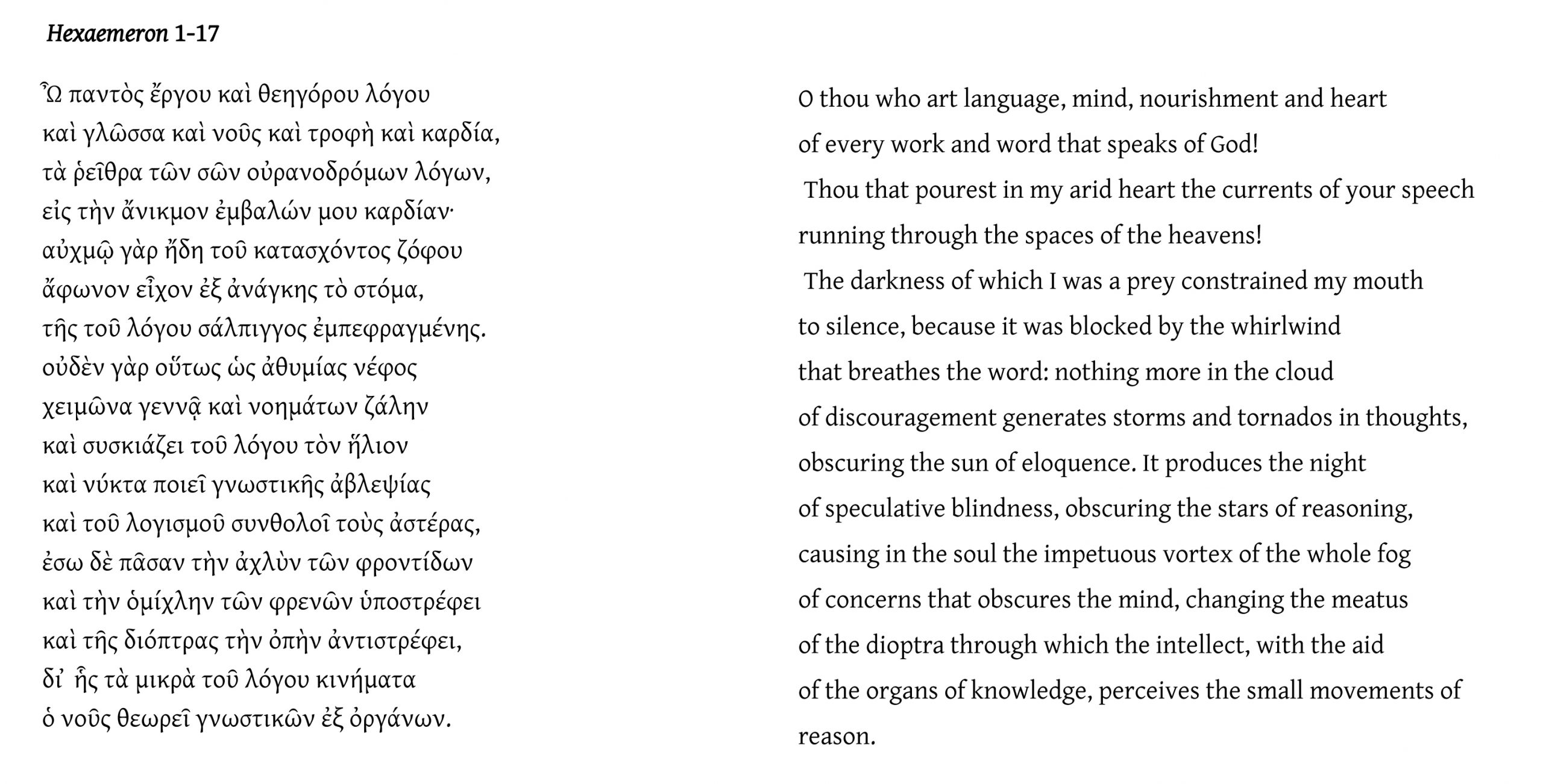