Aaron ben Joseph ha-Rofe (‘the physician’) worked in Constantinople, although he had probably immigrated from Crimea. Aaron was the most influential Byzantine Karaite of his time. He is also known as Aaron the Elder, to distinguish him from his 14th-century successor, Aaron ben Elijah of Nicomedia, or Aaron the Younger. Aaron the Elder authored important exegetical works, including the Torah commentary Sefer ha-miḇḥar (The Choice Book), which has been studied and commented upon by several Karaite authors over the centuries. His biblical exegesis is proof of the reception of Andalusian Rabbanite thought and exegesis, including references to Abraham Ibn Ezra (1089–1167) and Moses Maimonides (1138–1204). Aaron also transformed the Karaite prayer ritual; in addition to his own cycle of poetic introductions to each weekly Torah reading, he included liturgical compositions by Rabbanite Andalusian authors, among them Judah Halevi and Abraham Ibn Ezra, creating a hybrid liturgy that survived until today.

Aaron ben Joseph, unlike Moses Darʿī, did not compose distinctly secular poems; yet his oeuvre does include, besides a large number of liturgical and paraliturgical poems for various occasions, a series of poems on the soul. The poem selected for the Anthology, with the name acrostic Aharon ben Yosef ḥazaq ‘Aaron ben Joseph, be strong’, is striking in its dense use of technical language, conventional or more original epithets, and wordplay. It is translated here for the first time into English and discussed by Joachim Yeshaya in his chapter ‘Karaite Poems about the Nature of the Soul from the Muslim East, Byzantium and Eastern Europe’ (see FoI, 244-7). 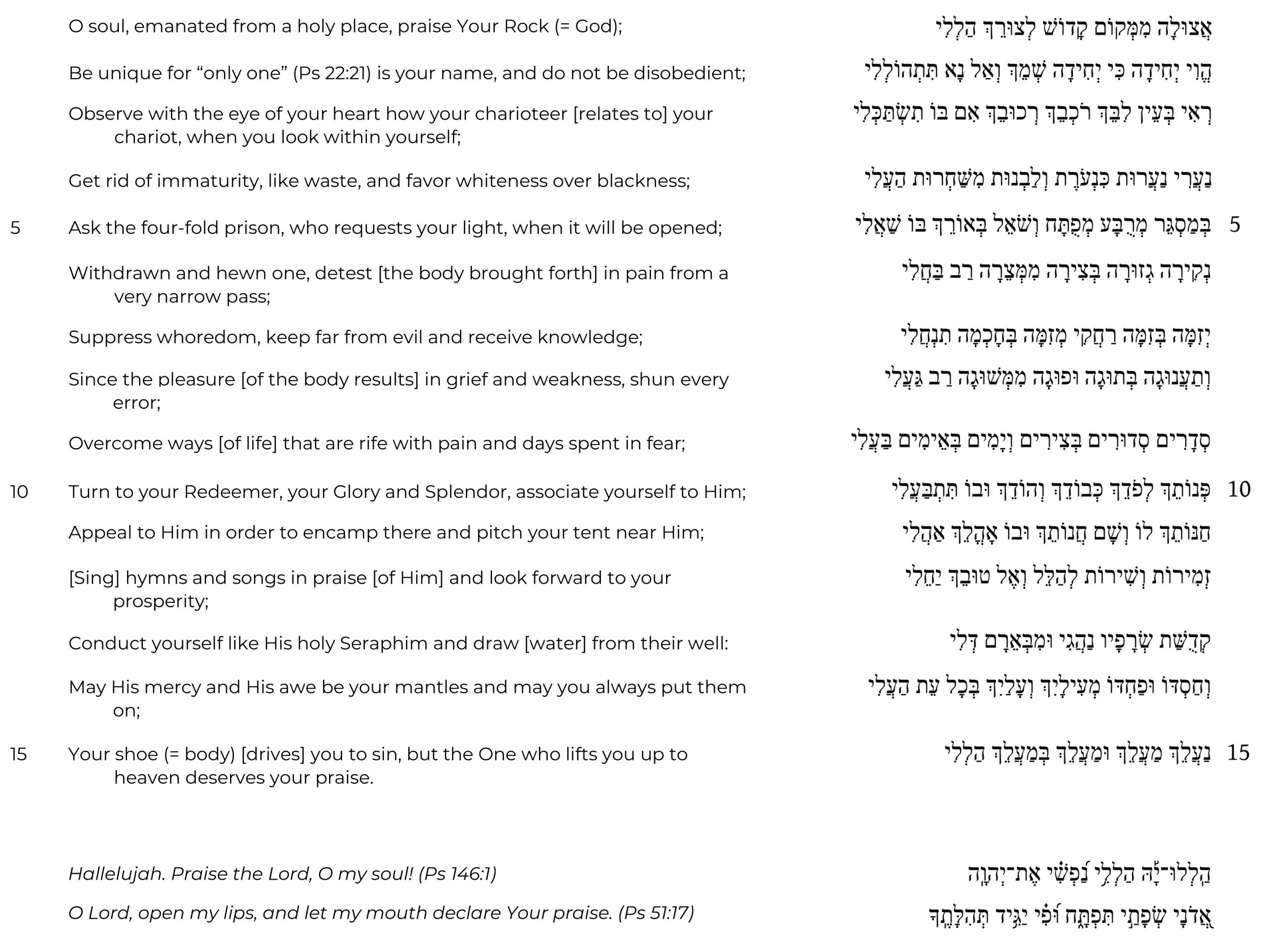