Though Moses ben Abraham DarꜤī lived in Egypt, his maqāma-style work, written in rhymed prose with interspersed verse, suggests that he was born into a family of Moroccan Jewish immigrants. He was probably not born a Karaite but joined the movement in his youth, after travelling from his place of birth, Alexandria, to Fustat-Cairo, the foremost Eastern center of Karaism after the Crusaders’ conquest of Jerusalem in 1099 AD. This work — entitled Maqāma of Alexandria and Cairo — also sheds light on the manner in which an aspiring professional poet like DarꜤī went in search of patronage, and how his evident poetical talent seems to have gained him entry into the Karaite-Jewish community of Fustat-Cairo for which he would become a sort of house poet. Indeed, while he visited Damascus and undertook a pilgrimage to Jerusalem, DarꜤī spent most of his professional life as a poet and physician in the Karaite community of Fustat-Cairo. DarꜤī has attained considerable fame as the exemplary Karaite poet; even in 1931 a new Karaite synagogue in Cairo’s Abbasiyya quarter was named after him.

A soul, adorned with God’s glory

More than 500 of DarꜤī’s poems have been preserved in two parts compiled by the poet himself. He is unique among Karaite poets for having written both liturgical poetry intended for synagogue service and secular verse, as well as several poems lying between these distinct categories. He also has a notable series of philosophically informed poems on the soul, inserted at the start of the first part of his collection. The poem selected for the Anthology, is the first, longest and most fascinating of these soul poems. It is presented here in a revised English translation and discussed by Joachim Yeshaya in his chapter ‘Karaite Poems about the Nature of the Soul from the Muslim East, Byzantium and Eastern Europe’ (see FoI, 239-44). 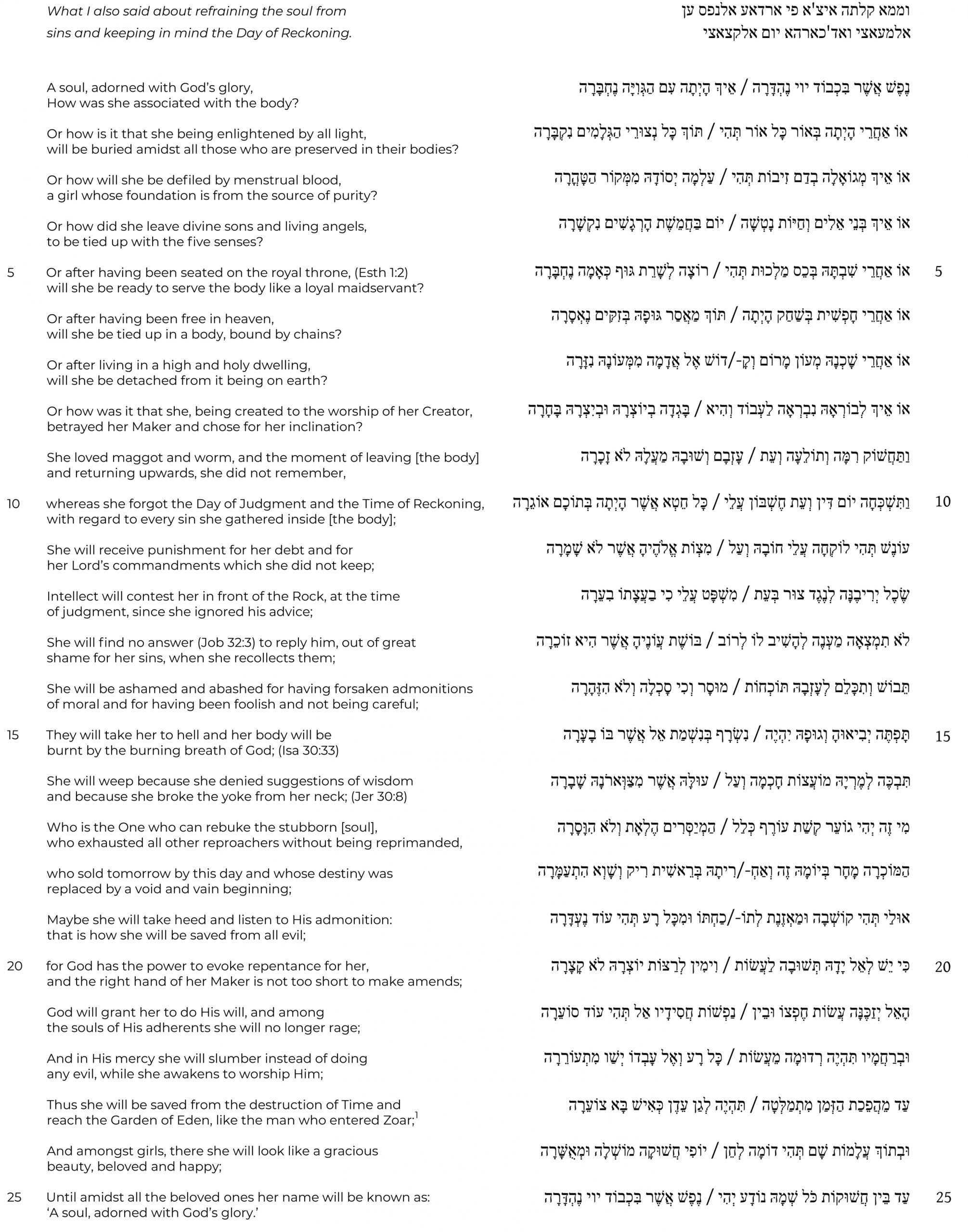 1. The reference here is to Lot, who was saved from the destruction of Sodom and Gomorrah (Gen 19:23–9).