With the ‘Kingly Crown’ the Andalusian Jewish poet and philosopher Solomon Ibn Gabirol crafted one of the master-pieces of medieval Hebrew literature. Ostensibly a private prayer, it is of far wider import. As noted by Adena Tanenbaum in her chapter ‘Andalusian Hebrew Poems on the Soul’ (FoI, 217-36), it presents ‘a comprehensive, philosophically informed picture of man’s place vis-à-vis God and the universe within a hymnic framework’ (220). Tanenbaum’s discussion documents the degree to which Neoplatonic concepts pervade the work and the role it played in transmitting them throughout the Jewish world, including 16th-century Yemen.

The five cantos selected below derive from the second, central section of this carefully structured tripartite composition. It gives an outline of divine creation, starting from the most mundane, physical level and ascending in gradual stages to the spiritual domain, up to the Divine Throne. The Neoplatonic concepts of the intellect and the soul are much in evidence here. In a ‘striking reinterpretation’ of classical Jewish eschatology, Ibn Gabirol in these verse ‘explicitly identifies the rabbinic world to come (Ꜥolam ha-ba) with the immortality of the individual soul’ (FoI, 222). 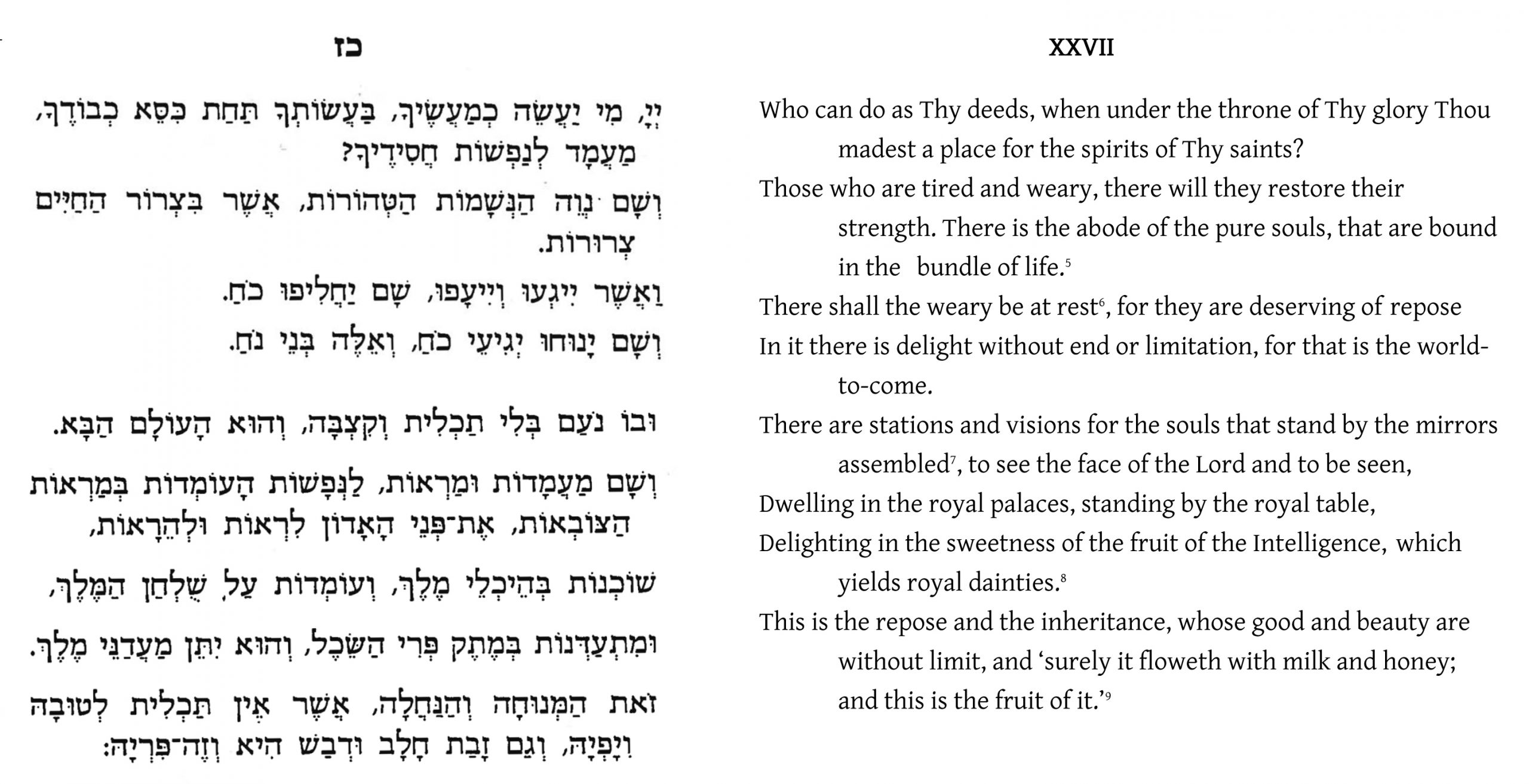 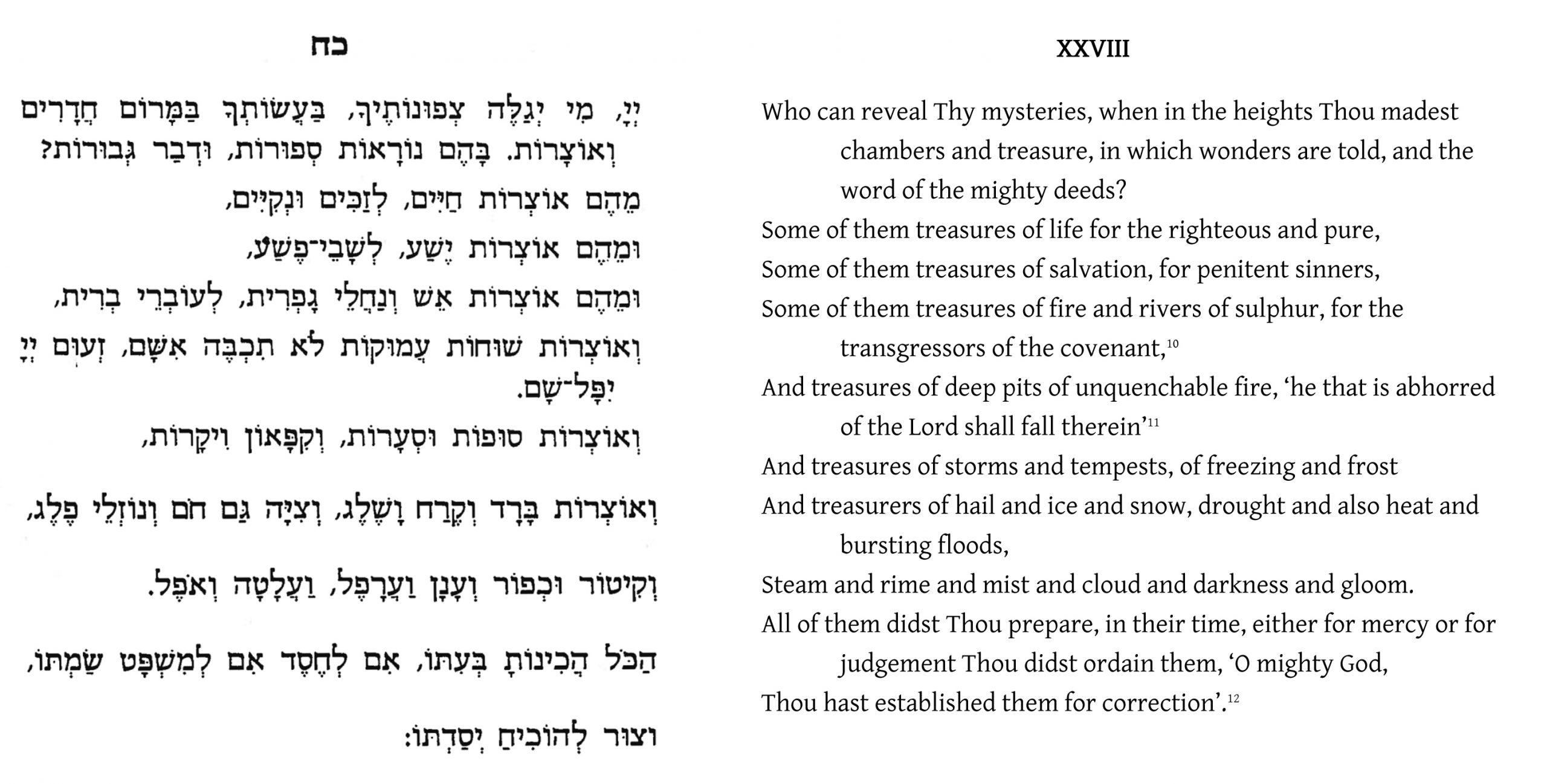