Mihrî Hatun is the first woman poet in Ottoman Turkish whose poetry collection has survived. She is from the Eastern province Amasya and produced poems under the patronage of Bayezid II and his son Prince Ahmed. She received monetary awards for her poems and has been celebrated as the foremost woman poet of her time in almost all biographical dictionaries throughout Ottoman literary history. She wrote poems dedicated to her male contemporaries such as Necatî Bey, Makamî, Güvahî or Müʾeyyedzade Abdurrahman Çelebi. There is no record of her poems that implies female patronage. However, her influence and legacy in Ottoman literature can be traced in Ottoman women poets’ works until the end of the 19th century. Her collected poems have been preserved in four manuscripts.

Mihrî Hatun composed this poem in response to a gazel she received from her friend, the poet Müʾeyyedzade Abdurrahman Çelebi, whom she addresses in the final line with his pen name Hâtemî. As explained by Didem Havlioğlu in her chapter ‘Mihrî Hatun and Neoplatonic Discourse’ (FoI, 188-202), the poem ‘exemplifies Mihrî’s intentional challenge to the homosocial aesthetics of [conventional Ottoman] poetry and her presentation of an alternative love between man and woman’ (196).

This poem represents the concluding section of Mihrî Hatun‘s long narrative poem (mesnevî) ‘TazurruꜤnâme’ (‘A Humble Petition’). It appears to have been composed in her final years and reads like a justification of her life’s work as a poet. Lines 11 and 12 refute the traditional views on the inferiority of women and thereby assert that women have a legitimate place in the world of letters. The poem is discussed in Didem Havlioğlu’s chapter ‘Mihrî Hatun and Neoplatonic Discourse’ (FoI, 198-202). 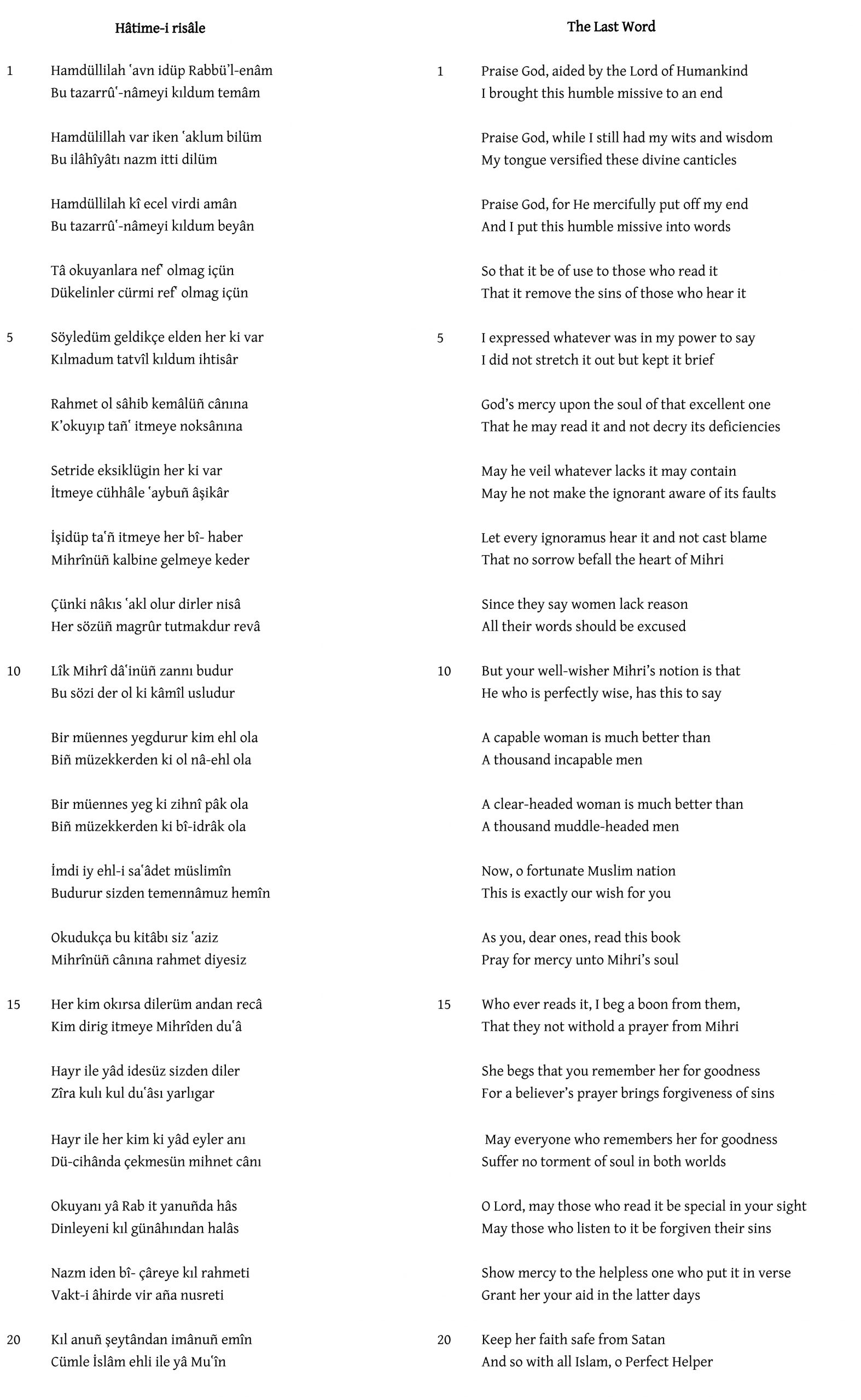