One of the foremost Hebrew poets of Jewish Andalusia, Judah Halevi was fully conversant with the philosophical debates of his time. As noted by Tanenbaum, ‘the Neoplatonic drama of the soul figures prominently in Halevi’s corpus’, though she detects in his work ‘a reluctance to endorse a purely philosophical eschatology’ (2002: 181).

In the poem cited below the Neoplatonic longing for achieving the soul’s union with the One by means of self-purification is clearly evoked. The steps to be taken towards this goal appear to be more practical than purely contemplative. As though taking his own advice to the letter, Halevi himself ended his days by renouncing his former life and setting out on a pilgrimage to Jerusalem, thus enacting quite literally the return of which he speaks in the last verse.

For a full analysis of the poem in the wider context of Halevi’s work see Tanenbaum (2002: 181-6). The poem is reproduced here as a fine example of the piyyut, a type of philosophically inspired synagogue poetry which arose in medieval Andalusia. The wide-ranging influence this form has had on Hebrew poetry in subsequent centuries is the subject of two chapters in Faces of the Infinite, ‘Andalusian Hebrew Poems on the Soul and their Afterlife’ by Adena Tanenbaum (FoI, 217-36) and ‘Karaite Poems about the Nature of the Soul from the Muslim East, Byzantium and Eastern Europe’ by Joachim Yeshaya (FoI, 237-51). 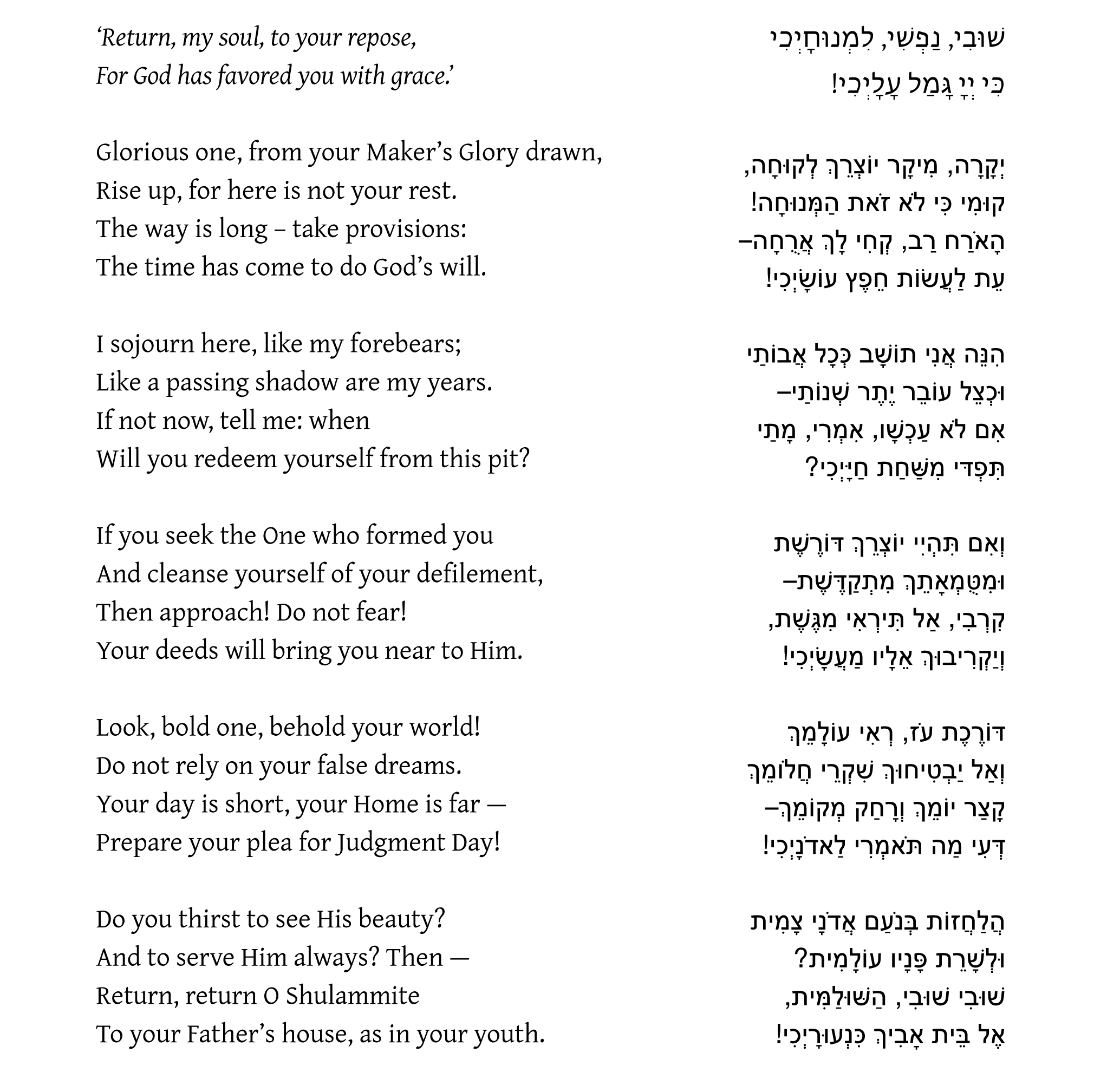